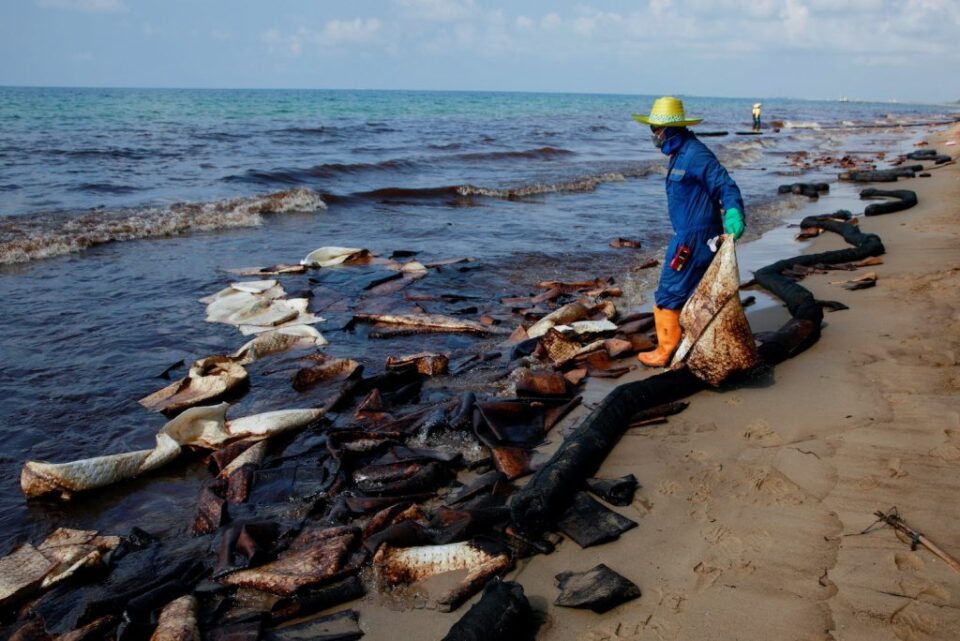 The public is now forbidden from entering the popular Mae Ramphueng beach in the southern Rayong Province, as a major oil spill clean-up continues.

The area has now been declared a disaster zone.

The governor of Rayong said the incident could pose health risks, so police are monitoring entry and exit points to the beach. As a result of the oil spill, Rayong governor Mr Charnna Iamsaeng has asked all vendors in the area to close until normal conditions have been restored.

Medical personnel from the Ministry of Public Health have been dispatched to the area to treat people with allergies and those who might be exposed to crude oil.

The director-general of the Pollution Control Department, Mr Attapon Charoenchansa, told a press briefing that the sludge had contaminated at least three kilometres along Rayong’s coastline.

The sludge is a mixture of crude oil and concentrated dispersants.  Oil boom barriers had been placed to keep any more sludge from reaching the shoreline, he added.

The environmental disaster has also had adverse impacts on local vendors and fishermen in the eastern seaboard province.

The disaster could be the “nail in the coffin” for hotels and restaurants already brought low by the pandemic, local hospitality business operators said on Saturday.

“Fishermen are catching less fish and many of my customers have cancelled their orders due to fears that the seafood has been contaminated,” she said.

Star Petroleum Refining Plc (SPRC) is responsible for the leak from its pipeline that started late on Tuesday. The crude oil leak was brought under control a day later after spilling huge amounts of crude oil into the Gulf of Thailand.

A satellite image from the Geo-Informatics and Space Technology Development Agency showed that a 47 square kilometre area was affected before the oil slick drifted to Rayong’s shoreline on Friday.

According to the Royal Thai Navy, more than 80,000 litres of dispersant chemicals have been sprayed over the affected area by a dozen ships so far.

A number of naval vessels and civilian ships, as well as aircraft, worked through the night to control the spill at sea with booms and dispersant spray.

Marine scientist Thon Thamrongnawasawat posted on his Facebook page that the oil slick was expected to continue washing ashore due to stronger winds.

Meanwhile, businesses at Mae Ramphueng beach and the surrounding areas that rely on tourism may experience financial hardship as a result of pollution and lack of swimmers.

The spill could also cause damage to Koh Samet National Marine Park.

Navy officials say it could take months to clean up the oil from the pipeline leak. 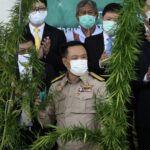 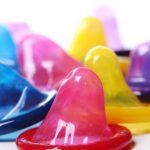