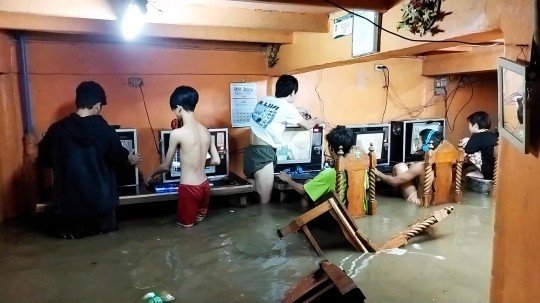 hese dedicated gamers in the Philippines aren’t going to let a bit of flooding ruin their session.

Footage from an internet cafe shows the boys slogging it out on a multiplayer game as muddy rainwater comes up to their seats.

Despite the risk of being electrocuted, the determined gamers refuse to move from their soggy chairs.

Sio Samson, the owner of the cafe in the town of Cainta, Rizal province, recorded the bizarre scene on Thursday night.

He tried to move the boys out as the typhoon battered the region and was worried they could either be washed away by the deluge or be killed by an electric shock.

The owner said: ‘We didn’t know the flood water would rise that day so when I saw them, I immediately took action and told them that I have to transfer the equipment to a higher place. After that video, they also stopped and left, none of us was hurt.’

Fortunately all of the electricity cables in the shop were above the water level and plugged into power sockets that were all above head height – a common feature in areas of the country prone to flooding.

Typhoon In-fa, locally named Fabian, caused devastation across parts of the Philippines where homes were flooded, thousands of people were evacuated and agricultural land and crops were destroyed.

The storm slowly headed to the East China Sea but continued to intensify with the monsoon maintaining heavy downpours across Luzon island.

Dozens of people were later killed when the typhoon struck China and caused severe floods. 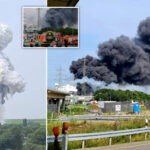 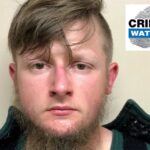