A FURIOUS boyfriend allegedly killed a “paedophile masseur” who raped his girlfriend after luring him to a fake date on social media.

Philosophy student Lev Maslennikov, 18, has been arrested over the brutal killing of 30-year-old Alexander Krizhanovsky, who was reportedly stabbed more than 45 times.

Maslennikov and his girlfriend, Polina, 18, were stopped at St Petersburg airport after trying to flee to Armenia, according to local reports.

Cops said Maslennikov confessed to the murder and has now been remanded in custody in Russia.

Polina, a student in Armenia, told police she had no prior knowledge of the horror attack which took place on her 18th birthday.

The attack came after the teen girl reportedly told her boyfriend that Krizhanovsky allegedly raped her when she was 15.

Maslennikov then created a false social media account in the name of Polina and used it to lure Krizhanovsky to a “date” where he was set upon and stabbed to death, it is alleged.

A mushroom picker reportedly found Krizhanovsky’s body in a forest near Vsevolozhsk in Leningrad region.

The detained man is the son of well-known Russian astrophysicist Dr Kirill Maslennikov.

Krizhanovsky had worked in a children’s developmental centre and summer camps as a masseur.

The Russian Investigative Committee, which probes serious crimes, said: “During the interrogation, the suspect admitted his guilt and explained that the murder was committed due to personal hostile relationships.

“He will be charged shortly.” 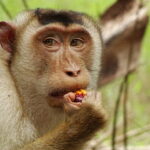 Macaques saved from the dinner table 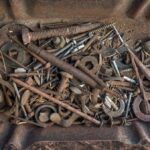 Kilogram of nails in mans stomach