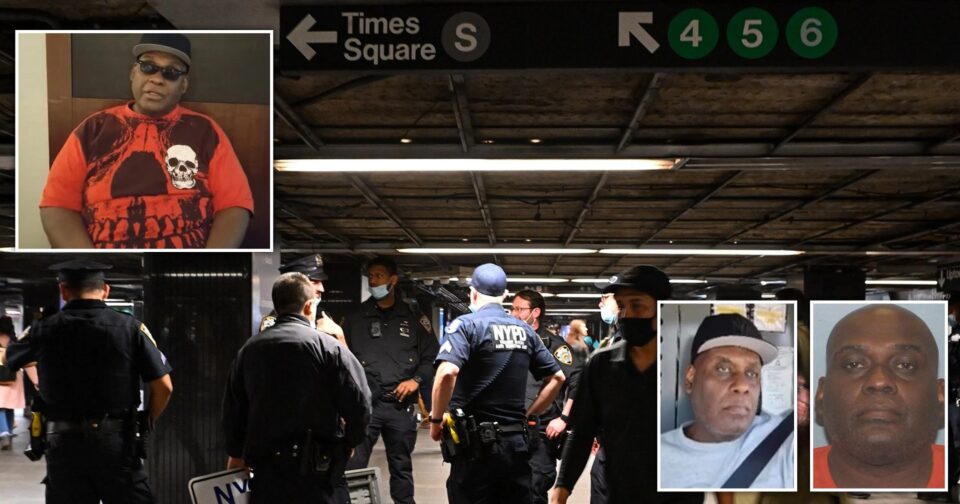 Investigators have identified a ‘person of interest’ after bullets were sprayed on a busy commuter train in Brooklyn yesterday.

At least 10 people were shot when a man in a gas mask ignited a smoke grenade and opened fire on passengers.

A city-wide manhunt is under way for the gunman and security is being ratcheted up to prevent further attacks.

Detectives want to trace Frank R James after a rented van was found near to the 36th street train stop where the carnage unfolded.

The key to a vehicle rented in Philadelphia was found at the scene and traced to the 62-year-old.

New York Police Department (NYPD) has designated him a ‘person of interest’ and called on the public to report any sightings but he has not been definitively linked to the shooting.

All the victims of yesterday’s shooting are expected to survive their wounds, officials said.

Authorities said that the social media posts made by someone with the same name as the van renter mentioned homelessness, New York and the mayor.

At least 33 rounds of gunfire went off on a busy commuter train pulling into a station in the Sunset Park area, around 15 minutes from Manhattan.

Around 30 people were treated in hospital, including those who had been shot and people being treated for smoke inhalation and other injuries.

New Yorkers have long been concerned about security on the city’s subway service and it emerged in the aftermath of the attack that recently-installed CCTV cameras at the station were not working.

Policing levels on the network have been increased and there is expected to be heightened security around transport hubs in cities as far away as Philadelphia to Connecticut today. Brit killed after being stabbed in the head