A Vietnamese political dissident granted refugee status by United Nations is being detained in an immigration detention center in Thailand and faces possible deportation, he told Radio Free Asia, a sister entity of BenarNews, on Monday.

Chu Manh Son said that authorities detained him on April 8 when he went to the headquarters of the Royal Thai Police in Bangkok to request a police report for an immigration application to relocate to Canada with his family members, who already have obtained U.N. refugee status.

Thai police asked Son to present his passport, but he did not have it as he was forced to flee Vietnam in 2017 after being sentenced by a court in Nghe An province to 30 months in prison for “conducting propaganda against the state.”

The authorities arrested Son with four other Vietnamese refugees when they went to police headquarters for the same reason, he said.

“When I and my friends, Mr. Them and Ms. Luyen, went to the Judicial Department of Royal Thai Police to get our criminal records, they asked for my personal papers,” he told RFA from the Immigration Detention Center (IDC). “I gave them my U.N. card. Then they asked for my passport, but I did not have it.”

Nguyen Van Them, Nguyen Thi Luyen and their two children – Nguyen Tien Dat, 16, and Philip Nguyen Nhat Nam, 5 months  – did not have passports either, Son said.

“After that, they asked us to stay and called the immigration police,” he said, adding that the police accompanied the group to the IDC.

Vietnamese dissidents often flee to Thailand to avoid persecution by the government for political and religious reasons. But Thailand has not signed the U.N.’s 1951 Refugee Convention, which prohibits sending refugees back to their home countries if they face threats to their life or freedom. People running to Thailand to escape persecution therefore face the risk of being arrested by immigration authorities and treated as illegal immigrants.

A day after their arrest, the five attended a court hearing during which they were charged with illegally residing in Thailand, Son said.

“On the morning of April 9, the police accompanied us to a hearing during which we were fined 10,000 baht [U.S. $297] each,” he said. “I had to pay an extra 1,000 baht fine because I had entered the country illegally. After paying the fines, we were taken back to the IDC to wait for a deportation order.”

Son’s case in Vietnam also involved 14 young Catholics and Protestants. He said that his family left Vietnam and entered Thailand illegally in 2017 to avoid jail.

“As a former political dissident chased by the Vietnamese police, if I am repatriated to Vietnam, I will face a very tough sentence,” he said.

RFA has not been able to reach Thai authorities to find out if Son and the others will be deported.

The Refugee Protection Department of the Office of the United Nations High Commissioner for Refugees in Thailand declined to provide information on the five for confidentiality reasons. 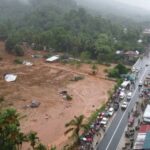 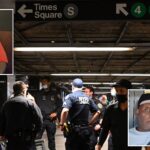