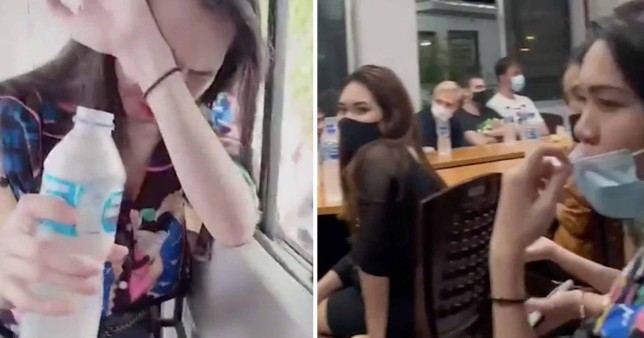 An expat who was caught attending a lock-in at a bar in Thailand has said they were at the party to ‘help the economy.’

Police arrested 31 people – including 14 Brits – for breaking lockdown rules by drinking inside a building in Bangkok in the early hours of Saturday morning.

The Covid caseload in the city hit an all time high on Tuesday and an emergency decree is currently in place which bans all public gatherings.

Despite this, police found the party-goers packed inside a cramped bar on Sukhumvit Road – part of the city’s red light district – at 2am

One of the customers, who did not want to be named, said: ‘The bars have been closed for the last few months but there are a few that still open on the quiet.

‘What else are we supposed to do when we want to have a drink? I don’t want to sit in my room watching TV every night. Someone needs to help the economy.

‘I’ll be more careful now because if we step out of line we’ll be doing bird in the Bangkok Hilton.’

Those arrested were remanded in custody for questioning before appearing in court on Sunday.

The South Bangkok District Court sentenced them to one month’s imprisonment which was cut to 15 days after all pleaded guilty to violating the Emergency Decree. The sentence was suspended for one year and each fined 5,000 baht (£112).

The bar owner was charged with illegally opening the establishment during lockdown and selling alcoholic drinks during the liquor ban.

Those arrested were also required to take a urine test to check for illegal drug intake but they were all found negative aside from having traces of alcohol.

The group of travellers – which also including US, Australian and Danish nationals – then drank and danced inside the police station while the case was processed.

Police in the popular tourist destination have said that they will continue to raid bars serving booze and breaking the rules.

Ministers hope a vaccine rollout that started this month will allow them to re-open the country to international tourists before the end of the year.

Two years ago tourism made up an estimated 21% of Thailand’s GDP, generating 1.8 trillion baht in revenue. However, the country’s National Economic and Social Development Council predicted that it could be another five years before similar numbers are seen.

Analysts said that between now and 2026, around seven million workers will continue to be affected by the economic harm from the Covid-19 pandemic. 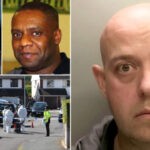 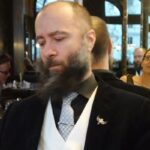 One of the largest owners of bitcoin dead at 41