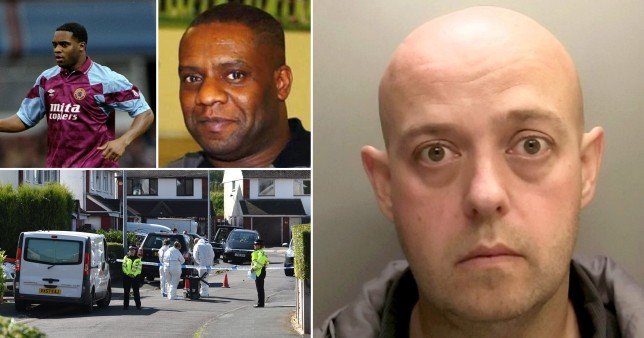 A police officer has been jailed for eight years for the manslaughter of ex-footballer Dalian Atkinson.

Benjamin Monk, 43, Tasered Mr Atkinson, 48, for six times longer than standard before kicking him in the head while arresting him in 2016.

He was cleared of murder – but is believed to be the first British police officer to be found guilty of unlawfully killing a member of the public while on duty since the 1980s.

The cop was accused of using excessive force when he detained Mr Atkinson, who played for Aston Villa, Sheffield Wednesday and Ipswich, on August 15.

Officers had been called to the scene after the former footballer – who had a number of underlying health conditions – appeared to have a mental health crisis in the early hours of the morning.

He smashed a glass door pane at his childhood home in Telford, Shropshire, and confronted officers while ranting he was the ‘Messiah’.

Birmingham Crown Court heard how Mr Atkinson suffered a cardiac arrest after Monk used a Taser on him for 33 seconds. The standard length of use is five seconds.

The jury also heard how the cop kicked Mr Atkinson so hard, imprints from the Pc’s bootlaces were found on his skull. He later died in hospital.

Passing sentence on Monk, Judge Melbourne Inman QC said: ‘You have let yourself and the force down.

‘Although they were difficult, you failed to act appropriately in the circumstances as they developed and you used a degree of force in delivering two kicks to the head, which was excessive and which were a cause of Mr Atkinson’s death.

‘The obvious aggravating factor is that you committed this offence while on duty as a police officer.’

The judge added: ‘The police play a central and important role in upholding the rule of law in our society. The sentence must reflect the importance of maintaining public confidence in our police.’

Monk, who the judge accepted had shown genuine remorse, was ordered to serve two-thirds of his eight-year sentence before being entitled to release on licence.

Monk said he had acted in self-defence as he feared for his life during their encounter.

But he was convicted of manslaughter last week after the prosecution argued he had exaggerated the threat to justify his actions.

Witnesses claimed they had seen him lashing out in a ‘really violent stomping action’ and kicking Mr Atkinson ‘like a football.’

Mr Atkinson’s family say they are ‘hugely relieved’ the country knows the truth about how he died.

They believe it’s ‘completely unacceptable’ the case took nearly five years to get to trial.

His loved ones have compared the case to the George Floyd case in the US, pointing out Derek Chauvin was convicted of murder just one year after killing the dad. 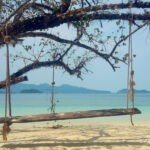 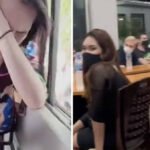