Woman accused of killing her own daughter

Gordon Ramsay is on the road again

A drunken woman threatened to strangle her baby boy in protest against her Russian husband and live-streamed the episode.

Officials rush to rescue a baby boy at a house after the mother fastens a belt around his neck while streaming it on Facebook.  She claimed she had no intention of hurting or killing the baby.

The woman, who apparently looked drunk, told officials that she did it in protest of her husband who was working in Pattaya.

She accused him of neglecting the family since he had never visited their son or sent her money for family expenses.

However, after they left, the woman again resorted to violence against her younger daughter and little boy.

The girl said her mother had asked the younger daughter about the money the district chief had given the family to buy milk.

The girl insisted she had not stolen it but her mother got angry and slapped her in the face. She also assaulted Nong Andrey, said Nong Dream.

“I rushed to intervene to help my sister and brother. I angrily asked my mother to stop attacking them, but she refused.

Mother Fastened a Belt Around the Baby Boy’s Neck

I told my younger sister to flee to our aunt’s house, but my mother still followed her and beat her.

After officials left, my mother drank more beer and attacked my two siblings several times. I decided to take them to stay at our relative’s house,’’ said Nong Dream.

The woman was still under the influence of alcohol at the time and police had to wait until she was sober before interrogating her.

While the health officials were talking to Mrs Supaporn to evaluate her mental condition, Ms Supaporn suddenly ran to her relative’s house nearby to get a knife despite their warning.

Police kept persuading her until she put down the knife. Health staff managed to inject medicine to reduce her stress before taking her to a mental hospital for treatment.

Authorities had provided milk from a local school and Wang Sawab tambon administration organization for the toddler, said the district chief, adding some money would be set aside to buy diapers.

He would coordinate with concerned agencies to learn about the family’s living conditions and problems.

The woman lived with her baby boy in the house, while her two daughters stayed at their relative’s house, said the district chief. 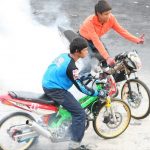 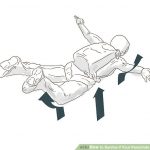 Mark KellyJune 4, 2020
While the public is implored to remain vigilant about social distancing and be patient with...
END_OF_DOCUMENT_TOKEN_TO_BE_REPLACED

Bars, Entertainment Venues and wet Message Parlours Next To Reopen

Woman accused of killing her own daughter