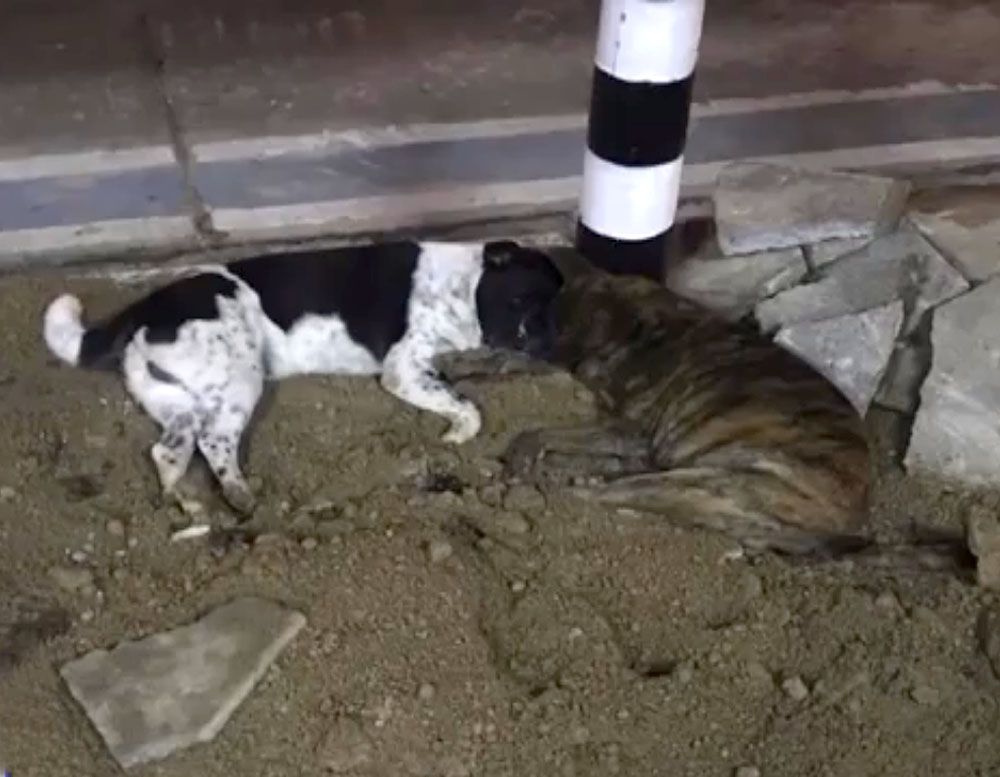 Dog Pals Electrocuted: A street lamp pole in Tak was repaired on Tuesday, five days after a power leakage electrocuted two dogs, one of which was seen on a video clip trying to save its friend.

The lamp pole is located at the front of a soi south of Matthano Thai School in Muang district.

Officials of the Tak Highway District 1 sent officials to check after a man filed a complaint that a power leak at the pole had killed his two dogs last Thursday night.

The owner had checked a nearby security-camera’s footage and saw one of his dogs walk past the pole without touching it, but the power leak brought the dog down and put it into convulsions. The other dog rushed in to help and was also brought down by the electric current. 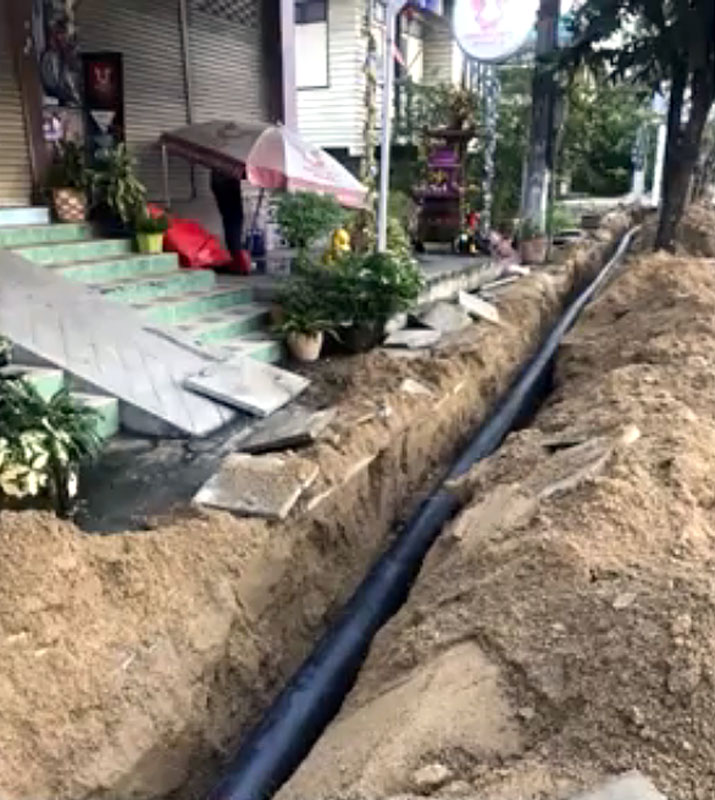 Officials from the highway office checked and found that the underground power cable to the pole had accidentally been left partially exposed when workers from Tak’s office of the Provincial Water Authority dug the ground to install a new water pipe.

When the ground was left wet after rainfall, leakage from the underground cable killed the dogs.

The highway office contacted the office in charge of tap water to fix the power cable for fear that it would cause death to passers-by.

Man with mental disorder killed by train in Buri Ram