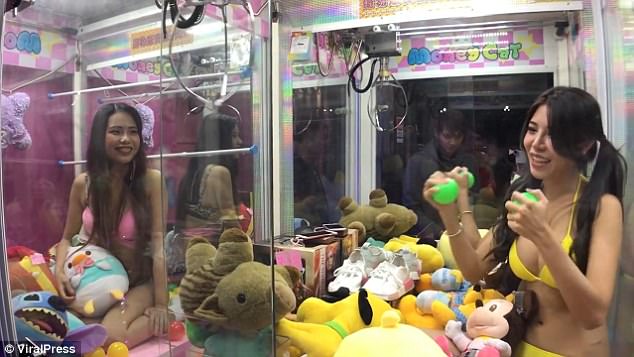 This would go down a hit in Pattaya – a claw grabber game with bikini clad girls inside.

The arcade attraction opened in Tainan City, Taiwan, and drew hundreds of visitors – with the models becoming the most popular at the games park.

The girls were seen sitting inside the grabber games surrounded by toys and other prizes which users had to try and pick up with the mechanical claw.

Wearing brightly colours bikinis, the three models – named Kira, Kara and Kim – gave encouragement to players and positioned teddies so that they were easier to win.

But it sparked some controversy from visitors who claimed it was ”degrading the models”.

Owners of the venue said that the games had been popular but some visitors complained that women were being objectified. They then withdrew the games.

They said: ‘’For future events we will think more carefully about the standards of what is on show. Many people enjoyed this and thought it was fun but for others it caused a little offence so we will be more considerate of that.”

It’s unlikely there’d be the same outrage in Pattaya, where the dunk-a-girl-in-water games are popular on Walking Street and at festivals. 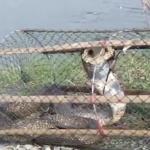 Thai woman gets a nasty surprise in her fishing net 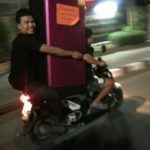 When you win a fridge at the local raffle…