The Thaigov Spokesman facebook page shared a story on Thailand’s first time ever to have a wildlife overpass designed to be used to preserve wildlife. The overpass is built above Suwinthawong road 304, this is the main road that connects Prachinburi province to Nakhon Ratchasima province.

The Wildlife Overpass merges two innovations together by functioning as a road tunnel for cars and an overpass for wildlife in the area. The Suwinthawong road is a perfect location for the first ever wildlife overpass to be built in Thailand as the overpass will be connecting Khao Yai National Park to Thap Lan National Park, where wildlife can cross over to the two different National Parks. The overpass is layered with dirt, grass, and tree’s on top to blend in with the nature of the national parks, creating a seamless connection to nature on top of the concrete road. This is the big next step forward to better development in the conservation of nature in Thailand. One of the areas affected positively from the overpass is the Dong Phayayen which is a natural forest World Heritage Site.

Road no.304 is also the main route used in product shipment from the Northeastern region of Thailand to Laem Chabang a port city located in Chonburi, Eastern Thailand. Laem Chabang is often used as the main hub for product shipping to other parts of Thailand including Central Thailand, Eastern Economic Corridor (EEC,) and exports by sea.

The Wildlife Overpass will be in full operation beginning from March 9th of this year. The overpass and tunnel are constructed under 3 agreements worth over 2,900 million THB under the construction of Italian-Thai Development PLC. 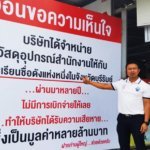 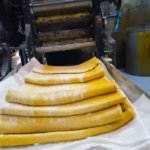