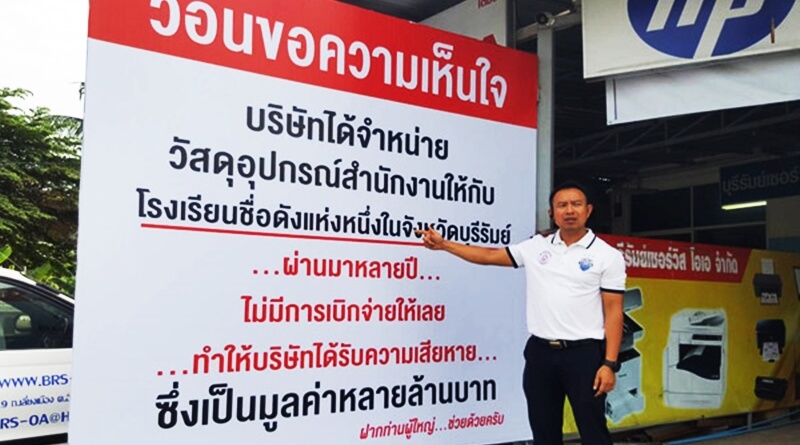 The owner of a local stationery and printing store in Buriram has put up a large sign in front of the store claiming that a famous local school in the area owes the company over 2.7 million THB. The sign states “Our company has sold office stationery to a famous school in Buriram, it has been many years but we still haven’t received any payment, the school’s action has caused great damage to the company. The amount owed is millions, we ask for someone to help us.”

The owner has also shared what has happened on Social Media, most users have commented on how wrong the school is doing this to a local company. The school is where students are taught to not cheat or steal but the school’s actions demonstrate otherwise. The Sanook News team interviewed Mr. Kritnasak the company owner, where he reported that he had to put the sign up because the school has ordered multiple stationery items to teach the students. Some products include printing machines, projectors, and other high priced items. The school has not paid Kritnasak’s company what they owe for over 8 years.

Kritnasak further reported that at first, the school paid without any issues, then in 2014, the school began to owe the company some money. Even though the school showed signs of not paying, the company thought that because the school is a place of education they would not cheat him and also because he trusted them personally.

Then, at last, the school ended up not paying the company at all for years. The total is currently 2.7 million THB. Kritnasak went to ask the principle directly for the money that they owe his company, but the answer he received was to sue them instead. Kritnasak had filed reports with proof to the province but they told him to go talk to the school for a solution. The school admits that they did order the stationery used for teaching, but they are not able to pay the company. The school has also turned to another company for their stationery. The company insists that they will keep the sign up until they receive the full amount owed. 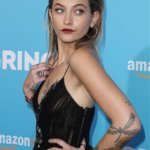