PETER Stringfellow has died at the age of 77 following a secret battle with cancer.

His publicist, Matt Glass, told the Press Association: “It’s very sad news. He passed away in the early hours of this morning. It was kept very private, he didn’t want to tell. He wanted to keep it a secret.”

He was born in Sheffield in 1940, the oldest of four boys.

An early odd jobber, he served two weeks in jail in June 1962 for selling stolen carpets.

He began working in nightclubs the same year in his hometown and went on to build a dynasty of glitzy venues in the UK, New York and Los Angeles.

In his early years in the 1960s he had legendary acts such as The Beatles, The Rolling Stones, The Kinks and Fleetwood Mac play at his venues.

After owning a string of clubs in the North he moved his family to London in 1980 where he would open his famed, self titled nightclub in Covent Garden.

The venue became an instant success and a favourite of stars of stage and screen in the capital.

Following this success he would go on to open venues in Paris, New York, Miami, Beverly Hills.

Stringfellow married his third wife Bella in 2009 and they welcomed their first child, Rosabella, in August 2013.

In September 2015 the couple welcomed their son Angelo.

He also has a son and daughter, Scott and Karen, from his previous marriages. 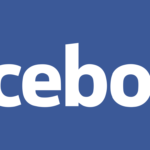