Police have arrested an alleged key man in a large drug network that has they say has been using Facebook to recruit drug pushers by offering them drugs on a sell-first-pay-later basis.

Pol Maj-General Phanu Buranasiri, commander of the Investigation Division of Provincial Bureau 6 in Phitsanulok, told reporters on Thursday of the arrest of Sitthichai Saensimol 23, a resident of Phitsanulok.

Phanu said Sitthichai was arrested at 6.30pm on Tuesday after an undercover policeman posed as a potential dealer for the network.

Sitthichai and another suspect, Chaichana Limcharoen, drove to deliver 2,000 pills to the undercover officer at a spot on the Phitsanulok-Bang Rakam road. Chaichana drove away as Sitthichai was arrested. When police then searched Chaichana’s house, they found 16,000 more meth pills.

Phanu said Sitthichai and Chaichana are key men in the network run by former Thai Punnawit Prathum, who has opened a Facebook page called “Phitsanulok Godfather”.

Phanu said Punnawit fled to Myanmar and has operated his drug ring from there, with members in several provinces.

Punnawit allegedly used the Facebook page to recruit drug pushers, with a sales pitch offering potential recruits the opportunity to take possession of the drugs to sell first and pay later. Anyone could sign up by showing a national ID card, according to the pitch. Punnawit also allegedly offered Bt500 to anyone who helped him recruit a pusher. 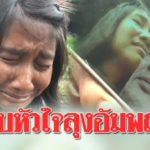