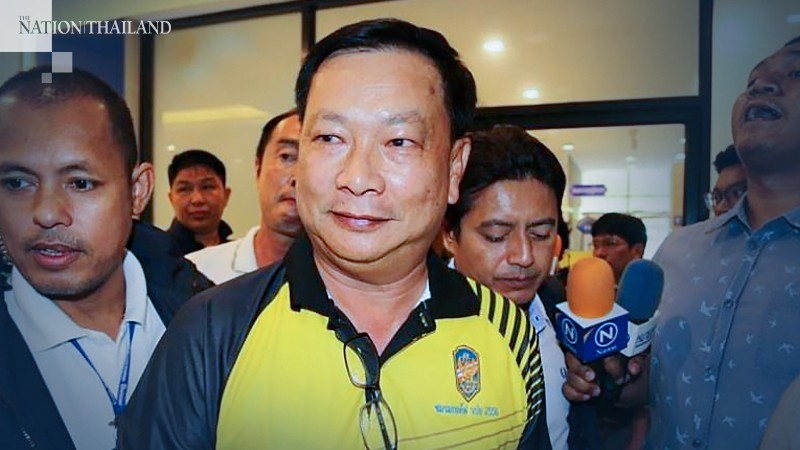 A court has sentenced former deputy commerce minister Banyin Tangpakorn to death, with the penalty reduced to life in prison for useful testimony.

Five other defendants, who were also convicted of collaborating in the murder of a judge’s brother five years ago, got commuted life or death sentences.

The Central Criminal Court for Corruption and Misconduct Cases on Tuesday took two hours to read the sentences for the six defendants.

Pol Lt Col Banyin, 56, the first and third defendant in this case, was found guilty of five charges.

For detaining a person causing his death, Pol Lt Col Banyin was sentenced to death. The other charges he was found guilty of were collaborating in a premeditated murder (death), impersonating an official (1 year in prison), wearing an official’s uniform (1 year) and hiding or destroying a body (4 years).

Since the court found his testimony useful, it commuted his sentence by one third to life in prison.

The jail term was added to the eight-year sentence he is currently serving in a share-transfer case linked to this case.

The second defendant, who drove the car used in the murder, was convicted of collaborating in a premeditated murder. He got a life sentence, commuted to 33 years and four months in prison.

The fourth to sixth defendants were guilty of collaborating in detaining a person causing his death and demanding a ransom. They were sentenced to death, commuted to life imprisonment.

The court found the six guilty of all charges except being members of a secret society or criminal association since the crime did not meet some elements of the offence, such as sitting down together to plot a crime.

In June 2015, Pol Lt Col Banyin drove a car and hit a roadside tree in Suan Luang district, Bangkok. Chuwong Saetang, a billionaire contractor who sat in the front seat with him, was killed.

Police later suspected the crash might not have been an accident. They found the vehicle was travelling at 30km/h when the crash occurred. An autopsy showed Chuwong sustained injuries inconsistent with the crash such as broken ribs and ligature marks on the neck.

A look into Chuwong’s financial affairs raised more suspicions. Ten days before the crash, he transferred shares worth 38 million baht to a marketing officer at a stock brokerage closed to Pol Lt Col Banyin. Another 228 million baht worth of shares were transferred to a caddie at a golf course. Evidence suggested at the time the shares might have been transferred using forged documents orchestrated by Pol Col Banyin.

Since both cases were closely linked, if Pol Lt Col Banyin was found guilty in the share transfer case, he could meet the same fate in the murder case.

Ms Panida said she had been threatened several times to dismiss the case. Fearing for her safety, she asked her brother Veerachai to pick her up every day after work.

In early February this year, 3-4 men kidnapped Veerachai from in front of the court and pressured Ms Panida to dismiss the case. Veerachai’s bruised body was later found in a river in Nakhon Sawan.

In the following month, the Criminal Court sentenced Pol Lt Col Banyin to eight years for document forgery in the share-transfer case.

While in prison, Pol Lt Col Banyin tried unsuccessfully to escape by soliciting help from some fellow inmates. He also reportedly attempted to kill himself in a cell in June.

Pol Lt Col Banyin was a former two-time Pheu Thai MP for Nakhon Sawan and a list MP for Matchima Party earlier. In 2000, he served as a deputy commerce minister in the Samak Sundaravej and Somchai Wongsawat govern 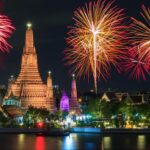 Celebrations allowed, in all provinces Covid-safe 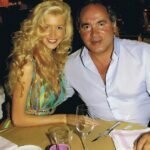