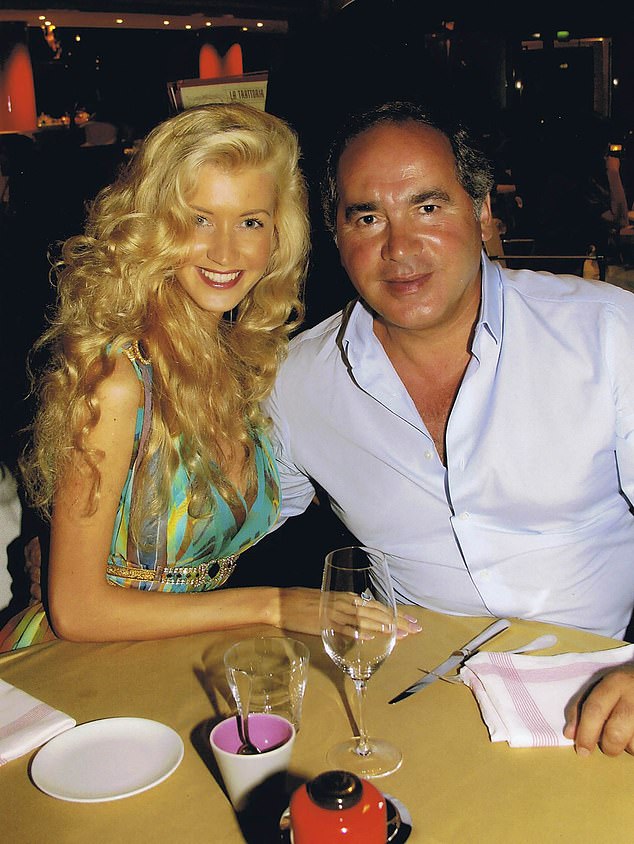 The Russian oligarch at the centre of Britain’s biggest divorce battle had a long running relationship with a beauty queen almost half his age, who he is now married to and has three children with.

Details of the alleged love affair between Farkhad Akhmedov, 64, and stunning blonde, Anna Adamova, 37, were revealed by his son Temur Akhmedov in a statement submitted at London’s High Court.

Temur, a London-based city trader, is battling in court with his mother Ms Akhmedova, 48 over claims that he colluded with his wealthy father to conceal his fortune and ensure that she did not receive her £453 million divorce pay out.

In his statement, Temur claimed that his mother was accepting of the relationship between his father and Ms Adamova but became enraged when he fathered a son, Suleyman with her, fuming that she was a ‘whore.’

Sources close to Mr Akhmedov claim that he only started a relationship with Ms Adamova after divorcing his former wife in Russia in 2000.

But during a High Court divorce hearing in 2016 with Ms Akhmedova, the judge rejected his claims that the couple had already divorced and ordered him to pay his wife £453million, half his estimated £1bn fortune.

Mr Akhmedov refuses to recognise the High Court’s decision and insists that both he and his former wife are Russian citizens who divorced in Moscow 20 years ago.

The tycoon has also maintained that he only started his relationship after Ms Akhmedova’s alleged affairs with two younger men.

Temur has also revealed details about these alleged affairs in his statement, naming Mark Isle, the best friend of his best friend at school and art dealer Alexander Heller, as the two men.

Since marrying, Ms Adamova and Mr Akhmedov, an oil and gas tycoon, have gone on to have two other children; a son called Adam and a daughter called Ariya.

Aged 21, Ms Adamova was a contestant in the Miss Russia beauty contest, when she represented Moscow.

Her participant profile claimed that she enjoyed flying aircraft and sky diving and spent her spare time reading and doing crossword puzzles. It adds that she values ‘loyalty and kindness.’

In 2009 she graduated from the Russian State University of Humanities in Moscow where she studied History of Arts.

Mr Akhmedov is an avid art collector whose collection is worth around £100 million.

He now lives in Moscow with Ms Adamova and their children.

Referring to his father’s relationship with her, Temur stated: ‘My mother learnt that my father had had a son, Suleyman, with his current wife, Anna a few months after he was born.

‘They now have two more children, a son called Adam and a daughter called Ariya. I love all three of them very dearly and still see them regularly.’

He added: ‘My mother knew about the relationship with Anna for some time before and it never seemed to bother her, but she was not happy about Suleyman’s birth and I heard her refer to Anna as a ‘whore’ who wanted to ‘take everything away from us’ after that.’

Temur also claimed that Mr Akhmedov would often leave family holidays to spend time with Ms Adamova and that his mother was ‘content’ with this.

Temur added: ‘My father would sometimes take a seaplane from where we were staying to stay at another resort for a few days; in later years he would do this in order to spend a few days with Anna who is now his wife.

Temur also detailed the toxic relationship between his parents which saw them both lead separate lives.

He railed against his mother’s affairs, claiming they left him ‘ashamed’ and ‘disgusted,’ at how she conducted herself.

But in stark contrast, despite revealing his father’s relationship with Ms Adamova, he continues to describe him as ‘loving’ and ‘devoted,’ adding that his mother ‘openly betrayed him in front of his children and his household.’

The High Court has heard astonishing details of the unbelievable wealth that was showered upon Temur by his father. This included losing £35 million of his money at 21 while investing in the stock market; being given a £29 million flat as a student and a £120,000 Mercedes jeep for a first car.

He added: ‘My father is not only an immensely powerful and wealthy self-made businessman, but also a devoted father to me and Edgar (Temur’s younger brother) and all of his children. I feel an immense sense of loyalty and respect towards him.’ dm 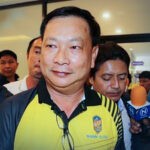 Sentenced to death, reduced to life 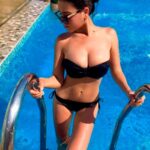 Instagram star wannabe, 21, ‘ripped out her own mother’s beating heart’