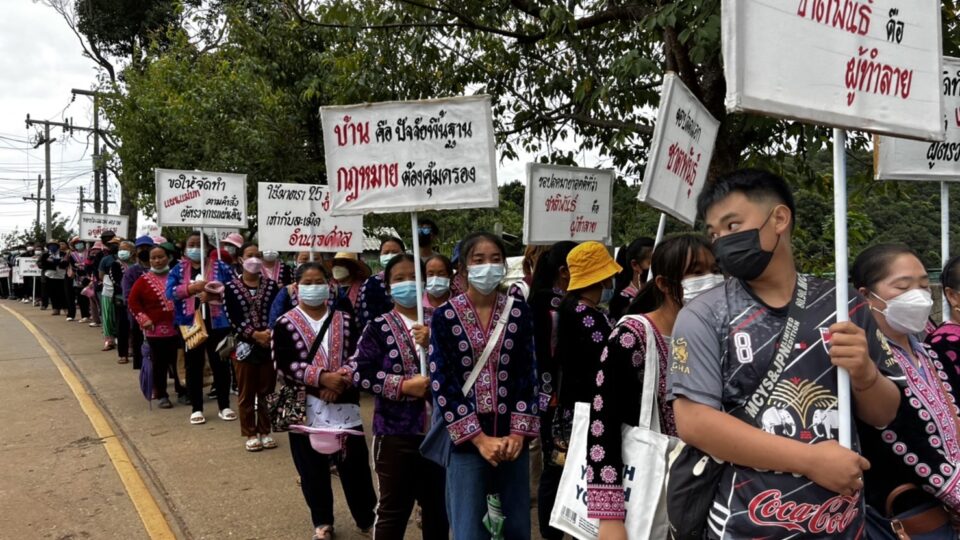 Hundreds of protesters will converge on Bangkok and submit a petition to His Majesty the King seeking to stop forestry authorities from dismantling resorts on the popular Mon Cham mountain in Chiang Mai.

Protest leader Eknarin Natheepraiwan said on Monday the protesters, most of them ethnic Hmong who live on the mountain, originally planned to set out on foot from Chiang Mai to Bangkok. However, they changed their minds and will travel in cars on Tuesday instead as many youngsters are joining them.

The protest began on Aug 29 when forestry, police and local administrative officials moved in on the area to try and remove five more resorts they insisted had been built illegally on the mountain.

The authorities also alleged people were holding the right to access some locations for business proxies.

On Monday, hundreds of protesters marched from the lookout point at Ban Mai in Mae Rim to the Royal Project Agricultural Development Centre in Muang district where they gathered before travelling in their vehicles to the provincial hall in the government complex.

They said they had petitioned the King through the provincial office once before to settle the dispute. However, they said there has been no progress so they planned to file a fresh one, this time in Bangkok, to seek justice.

Mr Eknarin said the protesters wanted authorities to verify the residents’ rights to own the land on the mountain using aerial photos and authentic maps which can reliably ascertain the land ownership.

These can prevent the authorities pressing encroachment charges against residents, Mr Eknarin said, adding protesters were concerned the map that the forestry authorities used may be “fake”.

He insisted land plots on the hill had been legally bought or sold.

Natural Resources and Environment Minister Varawut Silpa-archa said on Monday no land in the Mon Cham area is privately owned and therefore cannot be put up for sale.

He explained the authorities had no problem with people who rightfully occupy land, provided they conform to the rules regarding land occupancy.

The minister said there was also the issue as to whether the resort owners had obtained a licence to operate resorts or paid accommodation. If officials failed to rein in and act against illegal resort operators, they themselves would be subject to prosecution for negligence, the minister said.

Samphan Phutduang, director of the Chiang Mai forestry office, said on Thursday authorities were targeting only the resorts that were illegally constructed and land owners who used their land for wrong purposes. 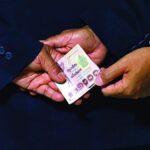 Thailand’s image as a corrupt country 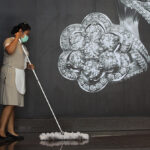