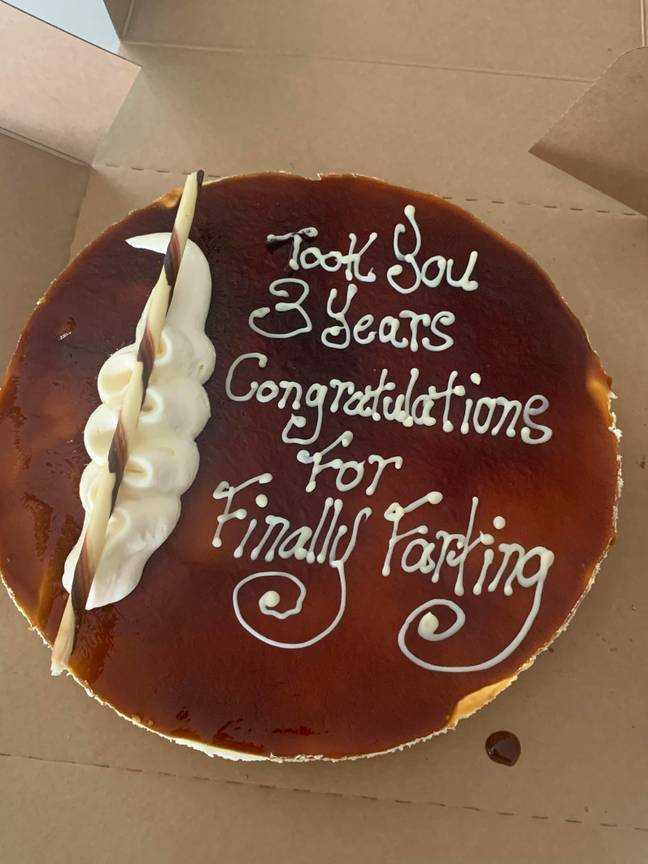 There are certain milestones in relationships – staying at each others houses, meeting the parents and for this couple – the first fart.

It took three years to finally reach the all-important milestone and to celebrate his girlfriend’s first pump in front of him, Ryan McErlean got her a cake to mark the occasion.

Ryan, 24, bought the cheesecake for girlfriend Kaylie Warren, 21 after she did a little accidental one while she was in bed next to him the week before. So easily done.

The Aussie couple, from the Gold Coast, Queensland, made a pact a month into their three-year relationship that if dental nurse Kaylie ever broke wind in musician Ryan’s presence, he would buy her a sweet treat.

But dental nurse Kaylie never expected the hand-iced £21 ($40 AUD) gateau her boyfriend delivered her after she accidentally let rip in the night.

Ryan said: “With me, it was like three hours, or maybe a matter of days.

“But Kaylie is more polite when it comes to that sort of thing, so maybe a month or two into our relationship when I hadn’t heard one yet I said it to assure her it was alright to do – it was to break the ice.

“Three years of extreme reluctance and denial later, she finally slipped up.

“I spent $40 AUD on the cake and Kaylie started laughing when she saw it, she thought it was incredible.
“It’s something everything can relate to as a couple – everyone has a weird milestone they cherish or fulfil, it’s a little bond they have that makes it special.”

Ryan and Kaylie first met after she turned him down with a request to manage his band, before getting together after bumping into each other again at a party a few years later.

Posting on Facebook, the 24-year-old said when he heard Kaylie’s fart at 2 am he was filled with ‘pure surprise and joy’ as it was so loud it woke her up, before she attempted to blame their pet dog. 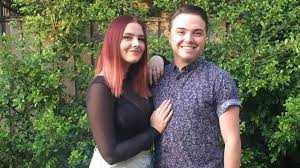 Ryan even had to write down the icing design he wanted when he bought the cheesecake, as he was embarrassed to request the unusual decoration out loud.

The message on the cake read: “Took you three years, congratulations for finally farting.”
Ryan added: “When I bought the cake the guy in the shop was surprisingly chilled about it, said he’d had weirder requests.

“But I wrote it down instead of saying it because there were other people in the shop and I was afraid of strange looks.

“I was really surprised it went that viral – when I saw that it had gone berserk, it was insane.

“People were bragging about how quickly they farted in front of people, it’s good to get your mind off the situation we’re in I guess – if a fart cake does that then I’ve done my job.”

Kaylie added: “He did say at the start of the relationship that he would get me a cake, I held off for dramatic effect I guess.

“When I saw the cake, it was the funniest thing ever.

“At first I didn’t want him to post it on Facebook because I thought it was embarrassing, but a lot of couples can relate to it.

“A lot of girls have been tagging their boyfriends, asking whether they can have a cake too.”
Well, ladies…you know what to do. 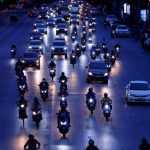 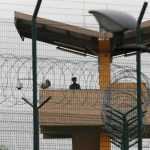