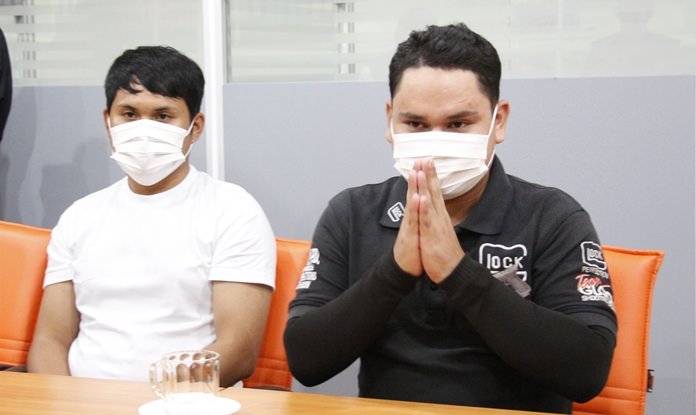 Demanding Bribes: Two Pattaya City Hall employees have been fired for impersonating an officer after two Chinese tourists accused them of pocketing a fine they levied for littering.

Visanu Ketmuenwai, 27, and Krirkchai Khanthawong, 24, employees of the scandal-plagued Special Operations Unit, now face up to a year in jail and fines of up to 20,000 baht each after admitting to pocketing 2,000 baht and 400 Chinese yuan.

The incident – the second of its kind in three months – unfolded again at Bali Hai Pier with the two men targeting the Chinese for tossing cigarette butts on the ground. Not on duty and with no authority to levy fines, they did so anyway and then confessed they pocketed the cash.

In August, another Special Operations staffer was fired after a Korean tourist with a hidden camera caught him pocketing a 1,000 bribe from a litterbug.

A unit spokesman said at the time that the tourist should have paid the fine at city hall and the money sent to the central fund. Instead, the officer shared it among coworkers.

The latest affront to a Chinese visitor comes as Pattaya is scrambling to shore up plunging visitor arrivals from the Chinese mainland.