Woman Arrested: One of two women wanted for drugging and robbing an Italian man in his condo in February has been arrested in Pattaya.

Amorn Yimya, 48, was taken into custody Nov. 6 and charged with conspiracy of burglary of Cosimo Tato, 64, at The Best Condo on Second Road. Tato has since left the country.

Tato filed a police complaint Feb. 24 after two women who claimed they wanted to buy his condo drugged him.

Police said Amorn and another woman approached Tato at The Avenue galleria, saying they were interested in investing in real estate and showed him thousands of British pounds while asking him if he was interested in selling his condo.

ato said he invited the women up to see his place and to discuss details over coffee. The women gave him the pounds as a deposit, which he placed in his safe. Then they had coffee. But one of the women had put sedatives into his cup and Tato woke up the next morning with a bloody nose and missing the contents of the safe. 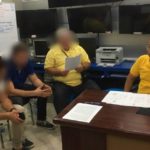 2 arrested for threatening to bomb Russian consulate in Pattaya 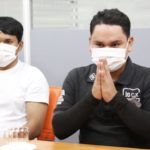