Ayutthaya Shophouse Fire: A man lost his life after dashing into a blazing shophouse to rescue his neighbours in downtown Ayutthaya early on Wednesday, police said.

Kamol Rojkalyaporn, 65, was found dead inside the three-storey shophouse in Tambon Horatanachai after five fire engines took about half an hour to control the blaze.

The fire broke out on the second floor of the shophouse at about 3am.

Police said Kamol, who ran a steamed-duck shop next door, braved the flames to enter the building along with other neighbours to search for people that might be trapped inside, but was apparently trapped by the fire himself.

A resident of the shophouse that caught fire, Pimjai Loomrat, 42, said she was woken by the sound of breaking glass and led her children out of the building to safety.

She said she had no idea neighbours had then entered the building to look for her and her children and was dismayed to hear someone had died. 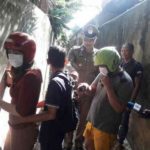