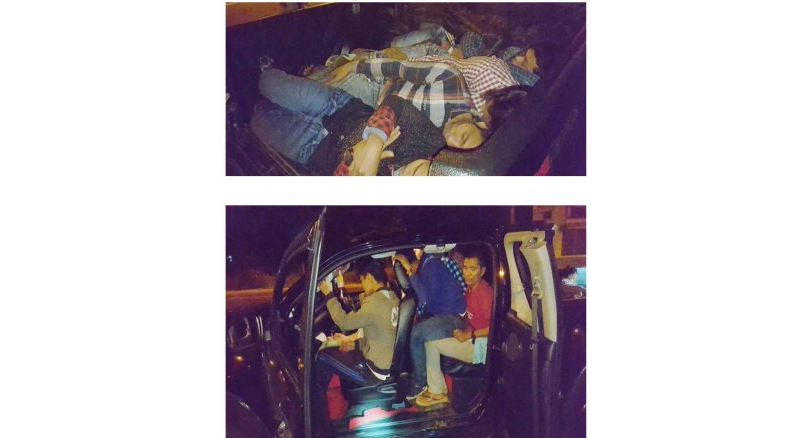 Police Chase: A high-speed chase ended in the arrest of a Thai driver carrying 15 smuggled Myanmar migrants crammed in a pickup truck in Songkhla’s Bang Klam district early on Wednesday.

The arrest of the driver, Pongyut Noiwaree, 36, led to the discovery later in the morning of five more Myanmar men and four Myanmar women who were earlier smuggled to a worker camp in Songkhla’s Hat Yai district.

Acting on tips-off, police had staked out a deserted petrol station on the Lop Buri-Rames road. Officers spotted a pickup truck with Chumphon licence plates approaching at about 2am on Wednesday. They signalled for it to stop but the driver sped off.

Police then chased the speeding vehicle into Ban Khokmao village in Bang Klam district, where the pickup suffered a blowout to its rear left tyre and came to a stop.

Officers found 14 Myanmar men and one Myanmar woman packed into the stricken vehicle.

The truck driver said he was trying to smuggle the undocumented migrants from Chumphon to Narathiwat’s Sungai Kolok district with the goal of smuggling them across the border to Malaysia. 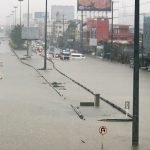 Ten Thais arrested on suspicion of human trafficking in Brunei