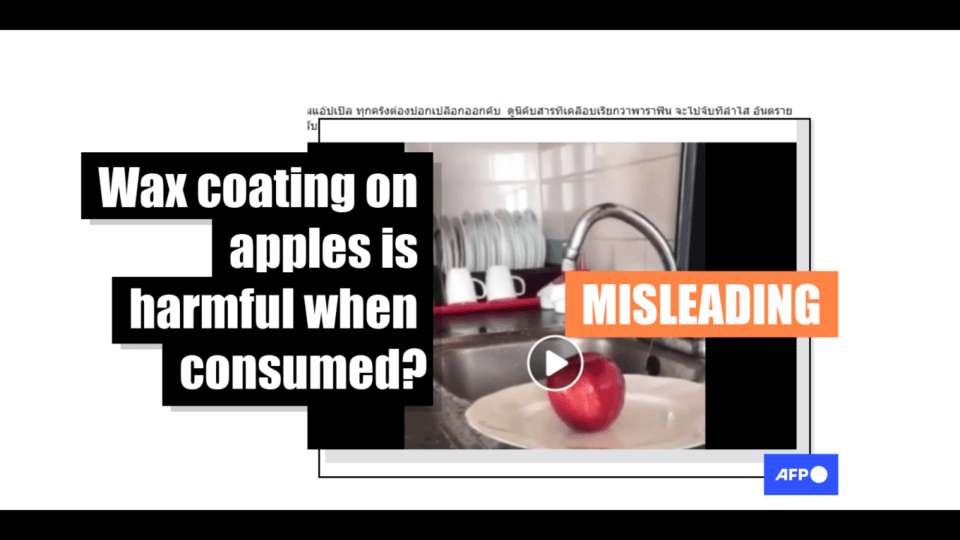 A video has been viewed thousands of times in multiple posts on Facebook alongside a claim that eating apples without peeling the skin is harmful, as they are coated with paraffin. The claim is misleading; health experts told AFP that food grade paraffin-coating on fruits is safe for consumption.

This video was posted here on Facebook on November 11, 2020.

The one-minute, eight-second clip shows hot water being poured over an apple, revealing a layer of white substance which can be peeled off.

The Thai-language caption translates to English as: “You must peel apples every time before you eat. Look at this, it is a chemical coat called Paraffin, it will collect and gather in your intestines, which is dangerous.”

The claim, however, is misleading.

Dr. Kanitha Tananuwong, head of the food technology department in the faculty of science at Chulalongkorn University told AFP that the claim is “false”.

During a phone conversation on November 16, 2020, she said: “The claim is not true. The wax coating fruits which are ‘food grade’ are safe to eat and not harmful to your body. Wax is used on fruits to maintain moisture and to prevent them from rotting too fast.”

Dr. Kanitha said that although most wax coating on fruit are safe to consume, it should be washed before eating. “You may need to wash the fruit well before you eat it but this is not because of the wax, but rather the residues such as insecticide,” she added.

Dr. Jessada Denduangboripant, a professor from the faculty of biology at Chulalongkorn University said “wax on an apples’ surface is edible” in a Facebook post published here on November 11, 2020.

“We can safely consume this wax,” he said. “If it cannot be broken down and absorbed by our body’s digestive system, it will come out in our excrement”.

According to this document published by the US Food and Drug Administration (FDA), waxed fruits and vegetables are safe to consume.

Part of the document reads: “Components of coatings for fruits and vegetables may consist of food additives regulated under Part 172, where the condition of use permit this use; generally recognized as safe (GRAS) substances.” 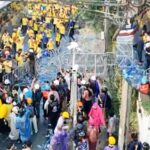 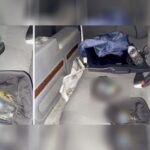