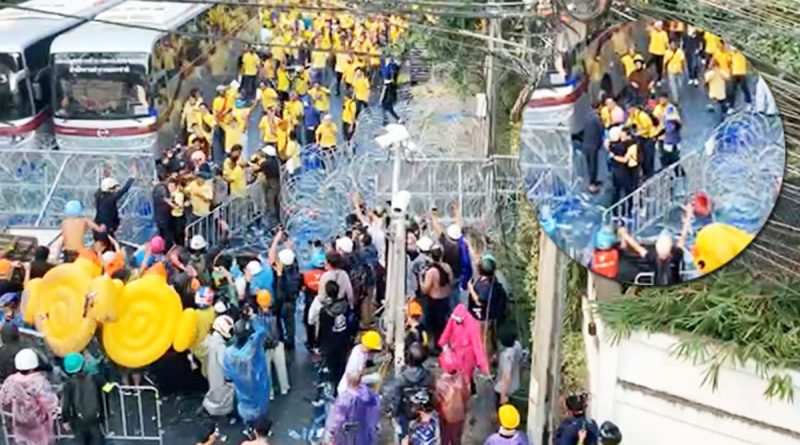 Tear gas water was fired at protestors using water cannons, protestors from both sides have been injured. Protestors including democracy activists and yellow shirts gathered in front of the parliament on 17 November 2020. Police surrounded the area with 5 layers of concrete barriers and barbed wires. Water cannons fired high-pressure streams at the protestors starting at about 14.30. The water was then mixed with tear gas solution. The protestors gathered in front of the parliament to follow the debate on a constitutional amendment. The voting process is expected to begin on the 18th where the lawmakers will vote if any of the proposal drafts will be accepted for deliberation.

Then around 16.30 officials brought in more water cannons parked in front of the parliament, bringing the total to 4 water cannons. Protestors stood in place with helmets and inflatable duck pool floats to shield from the water cannons and tear gas. At about 17.05 officials backed up the water cannons from the Kiakkai Intersection. Protestors managed to get through the barriers entering the intersection area. The officials then went into the Wat Kaew Pha Temple Alley. This resulted in protestors from different sides directly facing each other. The protestors started throwing items at each other. Guards from each side tried to resolve the emotions and started hugging each other in hopes for their protestors to see and calm down. While this mostly worked, some protestors still had trouble controlling their anger and continued to fight.

The Khaosod News Team reported that a man wearing a black shirt was seen standing in the crowd of yellow shirt protesters holding an object that looked like a knife. The man used the knife to point at the opposite side before throwing a rock across. Women, children, and the elderly who were not involved in the protests but were in the area when the water cannons were fired also received injuries. Many around the area tried their best to help using water and saline solution to wash off any tear gas remains in the eyes. A kindergarten student who was coming back from school walked past the Kiakkai Intersection and was hit with tear gas in the eyes, thankfully protestors saw what happened and quickly carried the child to get medical help. 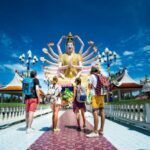 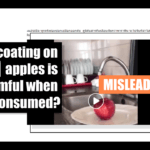