13km Bicycle Route: A new cycle route has opened in the Pattaya area to much fanfare from local tourism officials. The route connects Sukhumvit Road (Route 3) with Route 331.

This cycle route traverses a distance of 13.632 km end to end.

Local roads 1008,3020,5010 and 1003 have been refurbished and revamped at a total cost of nearly 145 million baht. The refurbishment included clearly painted bicycle routes and signs that clearly state the bicycle lanes are for bikes only and not motorbikes or other vehicles.

There are many attractions in the area – especially temples and Buddha Mountain – that families just love to visit local tourism authorities stated and that by opening a family friendly bicycle route they can now bike through the local attractions if they choose.

Director of the Department of Rural Roads Phisit Jitwiriyawasin hailed his new cycle way and route improvements as a boon for tourism and states that bicycle riders have been looking for routes like this for some time.

Critics however on social media state concern about enforcement of the bicycle lanes and feel that they will be used by motorcycles and food carts and the signs and policies potentially ignored by local residents. 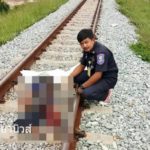 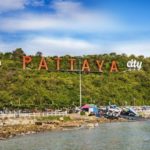