Home » 12-Year-Old Boy Among The Victims Of Manchester Shooting 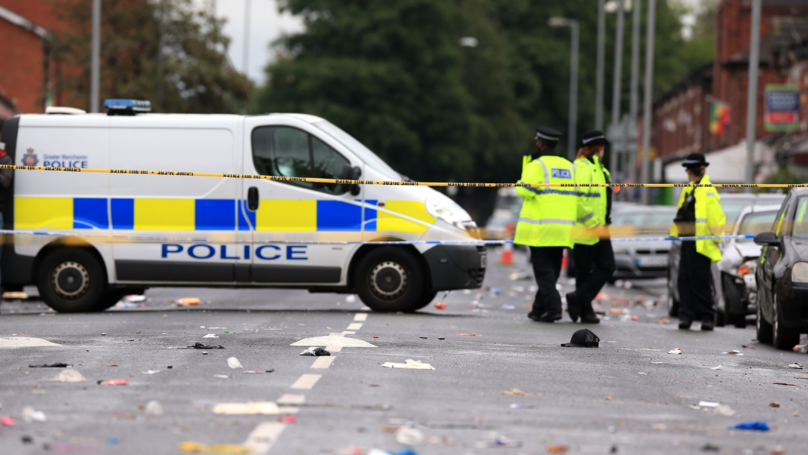 Ten people were shot, including a boy as young as 12 years old who was shot in front of his parents during the incident that took place at around 2.30am last night.

Revellers were enjoying a street party after the carnival that takes place in Alexandra Park. Armed officers from Greater Manchester Police were called to the scene at Claremont Road after a man opened fire on the crowd.

Footage of the aftermath has emerged that shows panicked party-goers and contains a person heard saying, “Can you hear me?”

More people suffered injuries as they tried to flee the scene. A man broke his leg in the immediate aftermath.

Police quickly surrounded the area and allowed medical professionals to reach the scene and provide care to those injured. One man is in a ‘serious but stable’ condition, the other people’s injuries are not known.

Officers are treating the crime as an attempted murder – they believe that the person responsible used a shotgun.

A police spokesperson said that the Caribbean Carnival had passed without incident.

Chief Superintendent Wasim Chaudhry said: “There were no arrests at the event itself. At 2.25am my officers got the report of a sound of two large bangs in the Claremont Road area.

“What they were faced with was a large crowd of several people continuing to celebrate the carnival. There was a state of panic. Officers carried out first aid. Ten people have received injuries which were related to gun shot. Probably a shotgun discharge.

“The injuries are serious for some but not life-threatening. This could’ve been far worse. These people need to be caught. I’d urge the community to pull together and work with the police. It’s imperative that we catch these people and that we recover the firearm involved.”

However, some have criticised the police for allowing the party to take place in the first place. DJ Wayne Everett said: “‘The reason why this happened is the police – because the police allowed it to go on, it’s that simple.

“The street party that went on here last night was illegal and every single year it goes on.

“This is on another level.”

Police are scouring CCTV footage to try to ascertain the culprits. Anyone with any information is urged to contact them or call Crimestoppers anonymously.

Video: Barber Cuts Penis Into Customer’s Hair After He Asked For ‘Something Different’