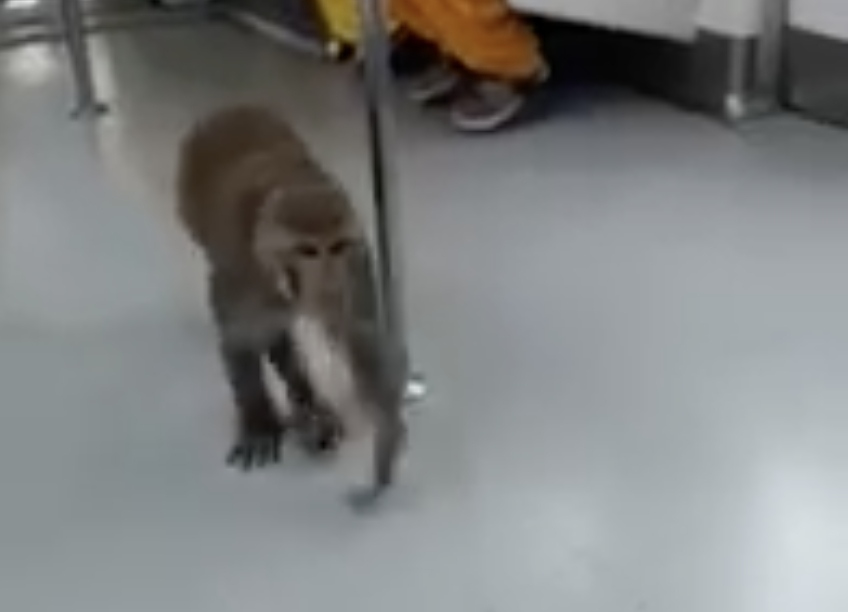 This monkey really wants to be like choo choo choo – he was spotted swaggering along a train carriage.

The jungle VIP showed he was on a mission to reach the top as he boarded a underground metro in Delhi, India, on Monday.

But just like in the Jungle Book song, the king of the swingers had to stop – when he reached the end of train.

Onlooker Ryan Chandra said: ”This was a big monkey, one of the biggest I’ve seen around Delhi. I don’t know how it got past the ticket office.

”The monkey was not in a hurry and he was not concerned by all the people looking at him. He was walking around like the king of the jungle. This would be more like the urban jungle though.”

Commuters initially reacted with some apprehension fearing that the monkey may turn aggressive. But seeing that it was calm, keeping to itself and more keen on enjoying the ride, they relaxed.

One of them can be overheard in a video joking that the monkey was travelling without a ticket.

But many commuters later complained the monkey ride hinted at a security lapse. Due to security threats, Indian Metro stations are heavily guarded by Central Industrial Security Force personnel who screen passengers at multiple points.

Delhi Metro officials refused to react saying they had no information about the intruder.

But they were left red faced by another incident on the same day. A Metro ran between Chawri Bazar to Kashmiri Gate stations on the Yellow line without closing its door due to a technical glitch.

Passengers complained they pushed the alarm button, which also failed to work. Officials evacuated the train later at the Vishwavidyalaya station after they came to know about it. They have said they are probing the second incident. 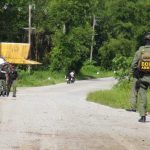