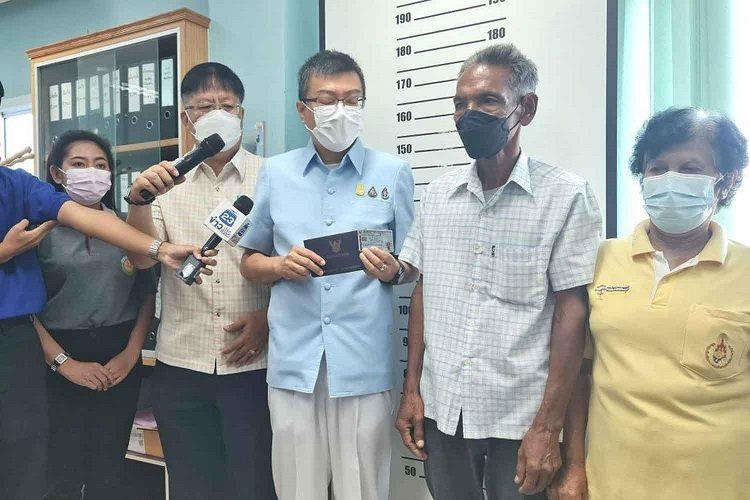 An elderly man who had mistakenly been declared dead since 1997 has finally been issued a new national identity card after having lived a miserable life without an ID for many years, denied the welfare rights of a Thai citizen.

Ong-art Boonyarit, 65, of Moo 3 village in tambon Phra Non of Nakhon Sawan’s Muang district, said he was shocked when one day in late 2013 he went to the district office to have his ID extended, and was told by officials that they could not do that because was on official record as being dead.

He was told that on Nov 5, 1997, an individual named Chuchart Detkla submitted a request to Nonthaburi Municipality for a certificate of death for Ong-art Boonrit, a patient who died from lung inflammation at the Central Chest Institute of Thailand in Nonthaburi province.

The office was later informed that a funeral for Ong-art was held at Wat Mahabut (Mae Nak) in Bangkok’s Phra Khanong district on Nov 6, 1997.

Mr Ong-art said he did not even know Mr Chuchart.

According to the death certificate, Mr Ong-art died in 1997. But he knew nothing about it until he went to extend his ID card in 2013. He had been officially dead for 12 years and his ID was invalid.

As a result, he lost all the rights of a Thai citizen. This included state welfare benefits, and his old age monthly pension.

Mr Ong-art said he submitted a complaint to Nonthaburi Municipality seeking the revocation of the death certificate, but nothing happened.

He recently filed a complaint with the Damrongtham Centre of Nakhon Sawan, leading to an investigation into his case.

On July 24, Narongchai Jindapan, the Muang district chief, and officials from the Damrongtham Centre went to Mr Ong-art’s house, where he lives with his wife. Their children were away working in Bangkok.

The officials took information from his relatives and gathered official documents to confirm Mr Ong-art’s identity before coordinating with Bang Bua Thong district officials in Nonthaburi to look into the matter and invite Mr Chuchart to give a statement.

On Monday, provincial governor Chayan Sirimas visited Mr Ong-art at his house and confirmed that the death certificate would be revoked, and a new ID would be issued to him on Tuesday.

On Tuesday, at 9am, Mr Ong-art, accompanied by his wife and officials from Phra Non tambon administration organisation, arrived at the Muang district office.

There, he was given a new ID by Mr Narongchai, the district chief, who told him the death certificate had been cancelled, ending years of his living in misery.

Mr Ong-art beamed happily when he showed the new ID to reporters covering the story.

Mr Narongchai said the man who applied for the death certificate, Mr Chuchart, was an official at the Central Chese Institute morgue.

On Nov 5, 1997, a patient whose name was also Ong-art Boonyarit died. Mr Chuchart went to the Nonthaburi Municipality office to notify it of the man’s death and request f death certificate. In the request form he filled out the name and surname of the dead man but left blank the space for the dead man’s 13-digit ID number.

When the reported death was stored in the domicile registration system, the wrong Mr Ong-art’s ID number was filled in by mistake, Mr Narongchai said.

He said Mr Chuchart had offered an apology to Mr Ong-art, saying that he was only performing his duty without an ill intention.

Governor Chayan showed up later to congratulate Mr Ong-art. He said Mr Ong-art’s case was a mistake in the data storage system and that Mr Ong-art had regained his rights and welfare benits of a Thai citizen. 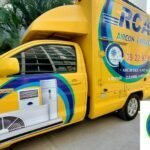 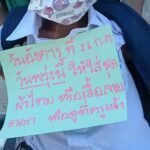 Teacher stapled a note to a first grader’s shirt