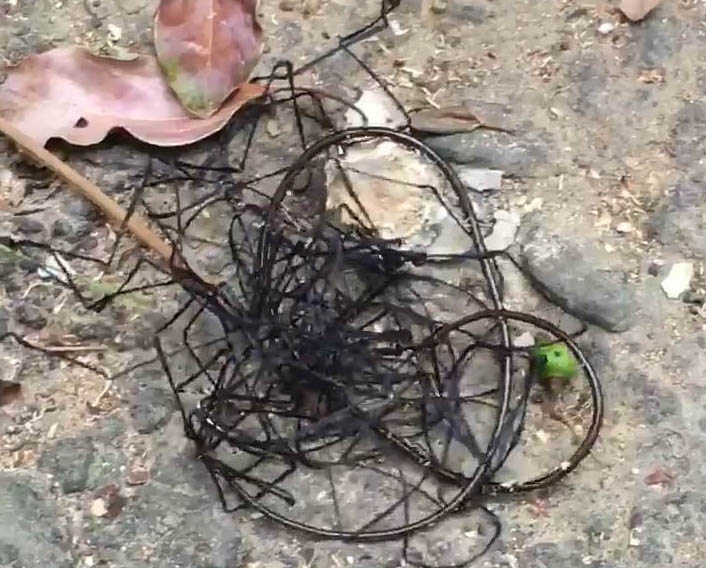 This weird creature baffled onlookers when it was spotted crawling strangely across the ground.

She said she was ”shocked” by the creepy crawly and had ”never seen anything like it before”.

Huang said: ”I found this on the ground and it caught my eye.

”It was so strange and people said different things about it. But I wanted to know what it actually was.”

Huang appealed online and many suggested the brittle looking insect appeared to be several ”horsehair worms” tangled together.

The parasitic creatures become entwined while they use a host to breed.

Others believed the creature was a ”mutant species” of stick insect – or even a form of alien life.

Miffy Chu said: ”It could be a new creature made from a genetic mutation that we’ve never seen before.

”It’s a bit freaky watching it, it looks like an alien life form that has got lost on earth.

”I’m sure there’s an explanation but I’ve looked online I can’t find what it is. Maybe it really is an alien that’s got a but lost and ended up in Taiwan.”

Two monks seen fighting on the roadside in Myanmar 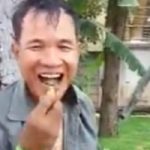 Thai man eats larvae fresh from inside a tree