In the year 2018, the most recent of all years in history, it is still very hard to find consensus. Is Ronaldo better than Messi? Is Brexit a good idea? Is it currently ‘the festive season’ or does that not start until 1 December? We simply cannot agree.

We can’t even agree on the shape of the planet we live on. I mean, it seems flat, right? Granted, I’ve seen my fair share of hills in my time, but you know, it’s not like the earth is round. But then if it is indeed flat, why has nobody fallen off the edge yet? Or maybe they have and we just don’t know? We’ll just never now for sure.

In the meantime, Tesla and SpaceX CEO, Elon Musk, has kindly conducted a poll on Twitter to help us gauge what the majority of people are thinking. Somewhat surprisingly, the majority of the 400,000 respondents said the earth is ‘flat and hollow’ – 59 percent in fact.

The second most popular choice was ‘hollow’ with 24 percent of the vote followed by ‘flat’ with 17 percent.

As such, the fact the majority of Elon Musk’s followers said the earth was flat and hollow becomes far less surprising when you consider there wasn’t a ‘spherical and not hollow’ option available in the three-pronged poll.

But hey, you’re not always going to be presented with your number one choice. You aren’t always going to be overjoyed by the options available to you on the ballot card. The most important thing is that you get out there and vote, and that is what the people did.

In the subsequent thread, many voters elaborated on their votes with some pretty convincing arguments. It even transpires that there is a ‘flat hollow earth society’, although some of the hashtags make it seem like they might not be entirely serious.

This is not the first time the entrepreneur’s tweets have raised eyebrows. Last month, he said Twitter locked his account off the back of a few bizarre tweets, having assumed he had been hacked.

Perhaps he’s been spending some more time with Mary Jane? 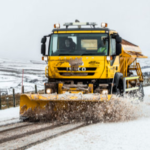