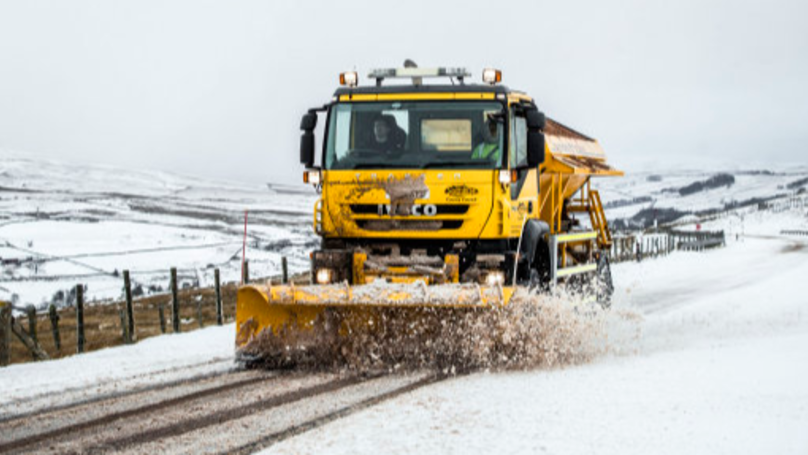 Nothing brings a community together quite like naming gritters, right? Everyone’s jumping on the bandwagon these days – while the rest of us are just hoping it isn’t cold enough for them to be used.

Call me a miserable bastard, I don’t care – there’s only so many times someone can slip down an entire street and attempt to laugh it off.

Anyway, back to the heroic snow melters – a council has unveiled the hilarious new names for their winter gritting fleet which include ‘Spready Mercury’ and ‘Nicole Saltslinger’.

Cumbria County Council asked local residents to vote for a new list of names for their new 11-strong fleet that will be gritting the roads this winter.

Over 3,300 people voted on Twitter by ‘liking’ a pre-prepared list – with losing names not making the cut, including ‘Brad Grit’ and ‘Bay Gritty Roller’.

Eleven of the authority’s 38 gritters are to be given names – as they are new to the Lake District-based winter fleet. Meanwhile, the poor bastards that have been there longer aren’t getting any recognition, which is just rude.

Two hundred names were initially put forward the dedicated ‘@CumbriaGritters’ Twitter page, then whittled down to a shorter list for the public to vote on.

I must point out – it’s all well and good that we’re aware these vehicles are named, but when the fuck will anyone take the time to figure out what the deathly gritter driving past is called?

Aren’t we all just steering as far off the road as we can get to make sure our car isn’t pelted with what sounds like a gazillion particles of rock?

It would seem not because a number of councils across the country have conducted similar hilarious public votes to name their fleet and people love it. 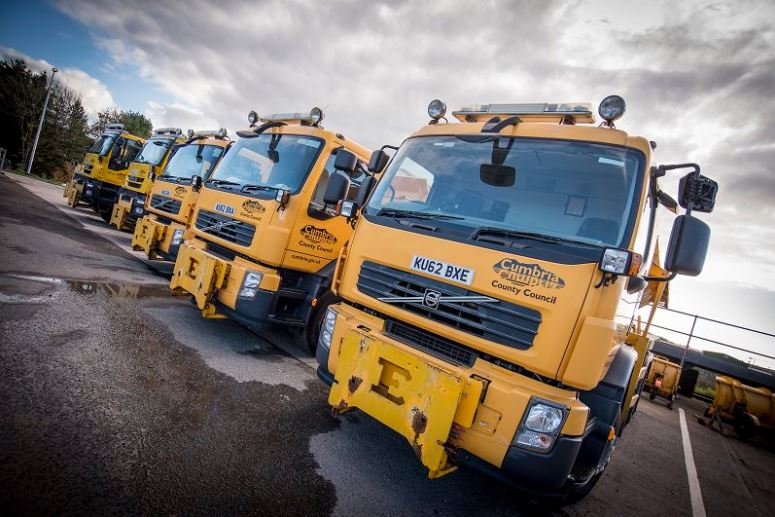 Last month Shropshire Council announced that ‘Gritty McGritface’ and ‘Frosty the Snow Van’ were among its winners.

In 2016, Oldham Council enlisted the help of the public in naming its new fleet of gritters, only to be bombarded with comical suggestions, including ‘Freddie Salted’. BBC Radio 1 DJ Nick Grimshaw also got a gritter named after him – ‘Nick Grit-Shaw’.

Anyone else wondering when this will stop? I can’t be the only one…