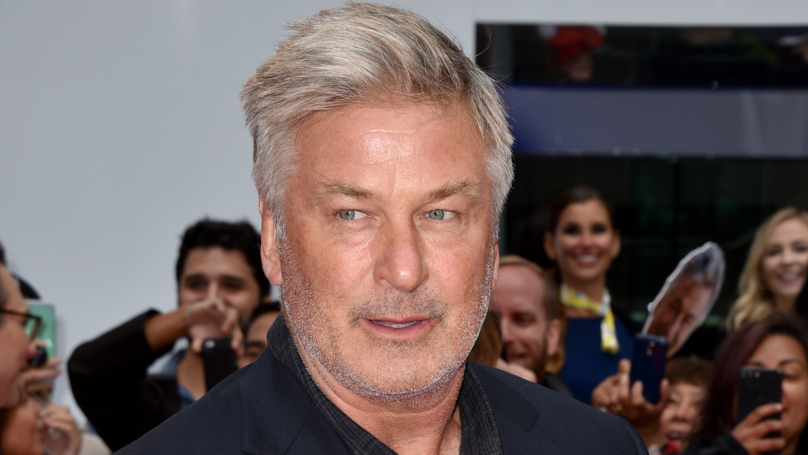 Alec Baldwin has been arrested for punching another driver in a car park after the pair argued over a parking spot.

Police officers confirmed the actor was arrested for a misdemeanor assault and is currently being held at New York Police Department’s 6th Precinct station house in Greenwich Village, Manhattan, according to Page Six

It’s been reported by police that an unnamed third party was ‘holding’ the spot for the 30 Rock star in a parking lot on East 10th Street when a driver swooped in and claimed the spot for their own.

As yet it has not been confirmed whether or not the person Baldwin punched was injured during the altercation.

Baldwin has attracted attention in recent times for his scathing impersonations of US President Donald Trump on NBC’s Saturday Night Live. When Trump was asked by reporters on Friday afternoon about Baldwin’s arrest, he simply said, “I wish him luck.”

The news that Baldwin has had a run-in with the law won’t come as a shock in the eyes of many – it isn’t the first time he’s been involved in a bust-up, and the actor has certainly seen the inside of a police precinct more than one occasion.

Back in 2014 the actor was arrested and issued two summonses – one for disorderly conduct – after riding a bicycle the wrong way on a New York street.

Baldwin allegedly became very angry and started yelling at police officers after they asked him for identification in order to give him a summons, police said at the time.

His other summons was issued for riding a bike against the flow of traffic – headlines at the time were fixated on the star’s reportedly ‘belligerent’ behaviour towards the police officers who arrested him.

Back in 2013, meanwhile, he was caught on camera shouting anti-gay slurs at a photographer outside his apartment in New York – this incident ended in the star’s MSNBC show, Up Late With Alec Baldwin, being suspended and eventually cancelled.

Even further back, in 1995 he was arrested for allegedly assaulting a photographer who was filming him and his then-wife, Kim Basinger, as they brought home their newborn daughter.

News of whether the Baldwin is being charged with assault after his most recent arrest is yet to be confirmed – at the time of writing, he is still reportedly being held by police.

Fetish Model Makes £100,000 A Year Selling Used Socks And Shoes Over The Internet