A Lady boy has been arrested over a robbery which took place in Pattaya on July 25th. He previously managed to get away with a gold necklace worth roughly 100,000.

Pol Maj Col Piyapong Ensarn, inspector of Pattaya tourist police, was accompanied with police officers to track and hunt Mr Itthipol Srichumpon aged 23 after he had robbed a foreigner.

The incident took place in the night of July 25th around the South Pattaya area.

The officers were told by Mr Li Zhengyu aged 37 from China who revealed that he was smoking in front of a hotel when a ladyboy came closer and tried to charm him before she suddenly snatched his white gold necklace estimated to be worth around 100000 baht and ran away.

The officers inspected around crime scene, questioned eyewitnesses and collected CCTV footage, but the victim wasn’t holding his breath and was realistic that the chances of catching the thief were slim.

However, using the evidence collected, the officers managed to track the culprit down and brought arrest warrant to arrest him at his home in Udon Thani. 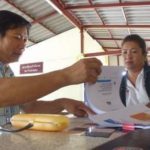 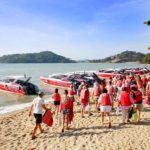