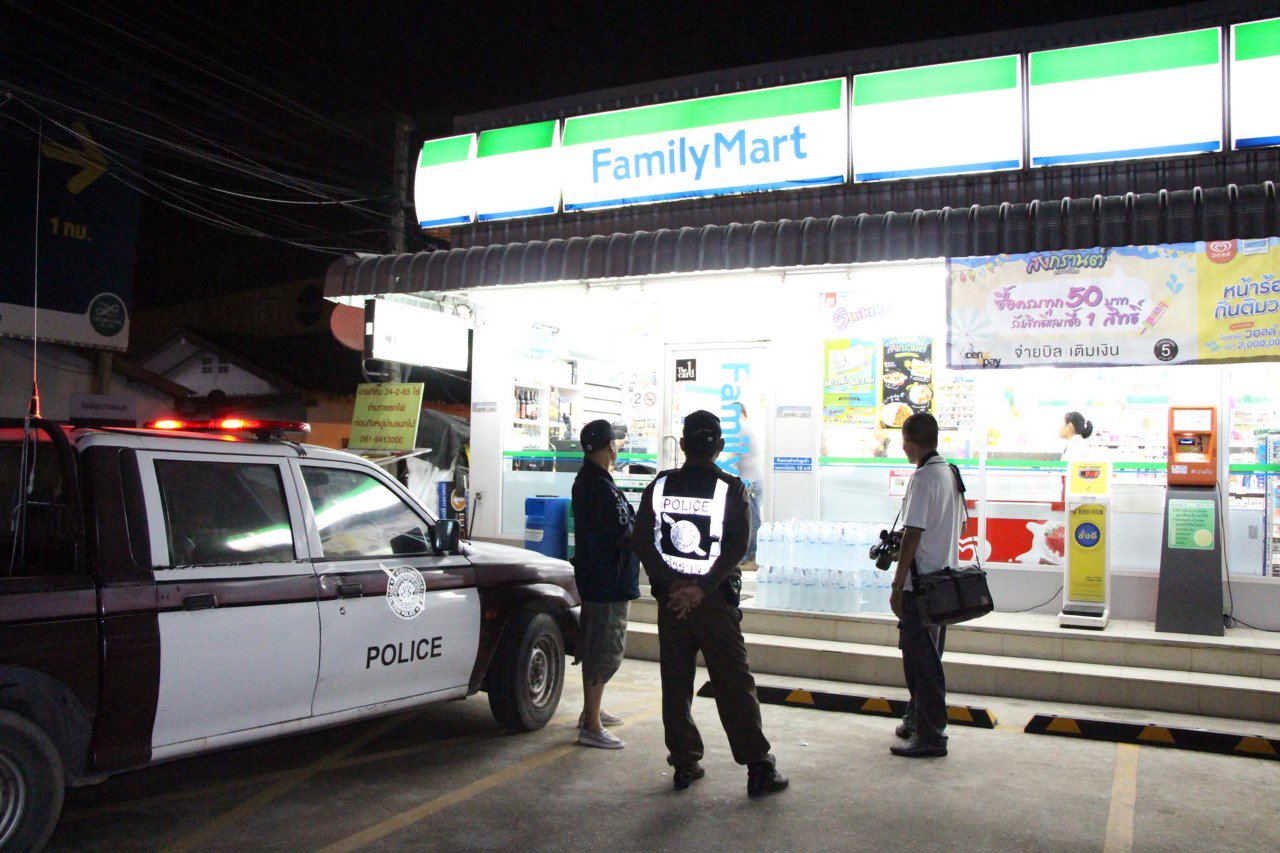 In the early hours of Friday April 7th, a man, riding a “big bike” had been seen looking as though he was putting money on his phone outside. When there was just one employee in the shop he came in with a knife and demanded money from the till.

The employee, scared for her life, handed over 1,500 baht saying that the robber looked as though he had a gun as well in his possession.

She said she thought he was aged about 30 years old and was wearing a full face helmet.

Banglamung police were, however, tight lipped with local reporters, refusing to share details of the robbery including the CCTV footage, which had been collected as evidence.

Reports from earlier on Thursday suggested that the man who had stolen a motorcycle from a technical college student in the area, could quite possible be the same man involved in the Family Mart robbery.

The shop robbery happened at 4.30 am in a branch on Sukhumvit Road heading into Pattaya. 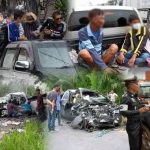 Pick-up seating ban a slap in the face for Thailand’s poor! 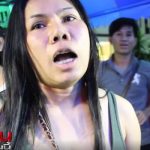 Pattaya woman demands 5,000 baht before she will return iPhone she found in 7/11 saying she’s within her rights