Home » International community thanks rescuers on success of mission

THE INTERNATIONAL community yesterday congratulated rescuers on the discovery of the youth football team in the Tham Luang cave, while Thailand expressed its gratitude to rescue teams, locally and from across the world, on the success of their tough mission.

“The American people join Thais in celebrating the discovery of the football team and their coach in Tham Luang cave,” said US Ambassador to Thailand Glyn Davies.

“We will continue to support Thai authorities in their efforts to safely bring home the players and their coach,” he said in a statement.

The Australian government yesterday issued a statement welcoming the finding of the 12 boys and their coach alive after they had been trapped inside the cave in Chiang Rai since June 23.

In a statement published on the website of the Australian embassy to Thailand, the country said it has been supporting the Thai government’s search efforts.

“We warmly welcome the news that 12 boys and their soccer coach have been found alive after being trapped for nine days in a flooded cave in Chiang Rai, Thailand,” the statement said.

“Our team of specialists are supporting the Royal Thai Navy to get much-needed food and first aid to the group, and plan for their safe evacuation from the cave.”

The Foreign Ministry together with Chiang Rai Governor Narongsak Osothanakorn, who heads the operation, yesterday thanked Thai and foreign rescue teams and experts in successfully locating and finding the youth football team.

“ We hope that the rescue teams will complete their missions safely in bringing the team back to their families and loved ones as soon as possible,” the ministry said. 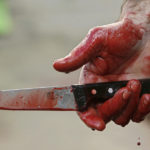