The government will open discussions to set up travel bubbles with China and Malaysia this month to attract more foreign visitors, following the resumption of the Test & Go scheme on Feb 1.

Government spokesman Thanakorn Wangboonkongchana said on Monday authorities will discuss the details of a possible travel bubble agreement with China’s minister for culture and tourism.

Talks will also be held with Malaysia later this month, he said.

The number of visitors allowed to visit Thailand under the travel bubble arrangement will be capped, and their movements will also be limited to certain areas in an effort to prevent fresh Covid-19 outbreaks, he said.

Under the new travel bubble arrangements, tourists won’t have to quarantine upon arrival, but their entry will be subject to special protocols which regulate the kind of visa they can use to come in, where they can stay and which flights to take.

“The prime minister is confident that Thailand will remain one of the world’s top tourist destinations despite the pandemic, and the government will support efforts to revitalise tourism with an emphasis on public health and safety,” he said.

The Association of Thai Travel Agents (Atta) had previously said that international arrivals may exceed 5 million this year if the government launches travel bubbles with Asian countries, as the Test & Go scheme alone won’t be enough to attract tourists who still have to quarantine upon returning.

He added that the Ministry of Tourism and Sports predicted that the number of visitors under the scheme will rise to 60,000 between this month and next month, which is the country’s peak tourism period.

Preparations have been made to welcome tourists with the Visit Thailand Year 2022 campaign rolled out to promote tourism, the spokesman said.

Mr Thanakorn further said that Gen Prayut will chair a meeting of the Centre for Covid-19 Situation Administration (CCSA) on Friday to consider the easing of more virus curbs so more activities can resume.

However, the ministry will change the way it reports infection numbers, so people can go about their daily lives without too much worry, Mr Anutin said, before stressing that daily reports will still be based on facts.

He said that even though daily infection figures have soared to more than 10,000, the number of deaths remain low.

“About 80% [of those who died] were not vaccinated, or belonged to at-risk groups, such as people with underlying health problems,” he said.

Mr Anutin also said that about 85% of those who tested positive for Covid are asymptomatic, and most are self-isolating at home.

“Therefore, we don’t need to bring back lockdowns. Only nightlife venues, such as pubs, bars and karaoke parlours won’t be allowed to reopen just yet,” Mr Anutin said.

Kiattiphum Wongrajit, permanent secretary for public health, said that the Covid-19 situation remains under control, with the fatality rate in the current wave standing at only 0.2%.

That said, it is still important for people to get a booster shot to prevent the worst effects of the virus, he said.

Meanwhile, Opas Karnkawinpong, director-general of the ministry’s Department of Disease Control (DDC), said that the country will have to start to move on.

“The situation has changed, and people now know how to protect themselves. We can’t afford to be bogged down by Covid like in 2020,” Dr Opas said.

Thailand reported 10,470 new cases of Covid-19 and 12 more fatalities over the past 24 hours, the Public Health Ministry announced on Monday.

“The caseload is rising as expected but the situation remains under control,” said CCSA assistant spokeswoman Sumanee Wacharasint. 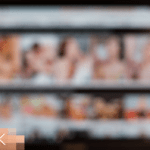 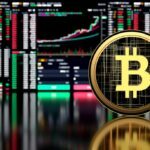