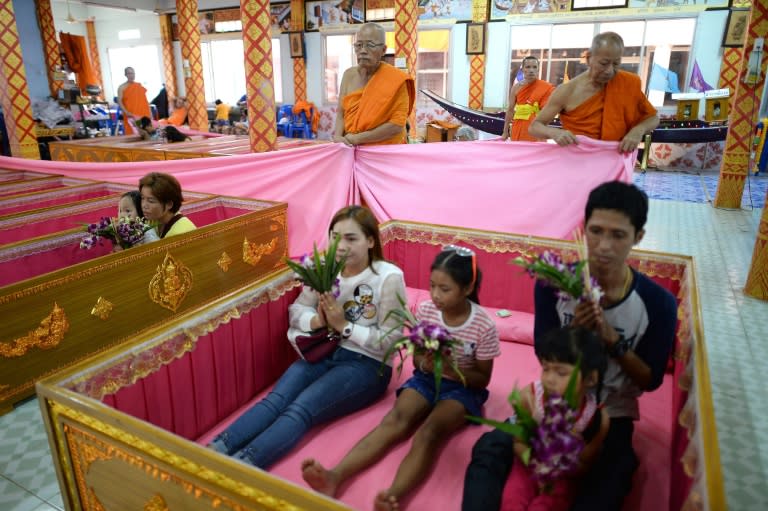 People flock to the Wat Takian temple on the western suburbs of Bangkok every New Year’s holiday to take part in a peculiar ceremony that they hope would banish their bad luck and bring them good fortune all year.
As they reach the crematorium, devotees of these eerie rituals lie in open coffins with flowers and incense sticks gripped between their wai-ing hands, looking just like corpses.

Then, as those inside the coffins give thanks for the merit they made for their departed loved ones, Buddhist monks chant prayers over the caskets. Participants believe they have been resurrected, released from ill luck, and are now ready to begin the new year.

The temple can accommodate up to 12 cycles of the coffin-lying rite each day, and each round lasts around 20 minutes. To stop the spread of Covid-19, the coffins are cleansed and sanitized following each ceremony.

The temple does not charge a fee for the ceremony; instead, it is up to the attendees to make any donations they like.

A member of the temple staff revealed that the purpose of sleeping in a coffin is not just to banish bad luck but also to serve as a constant reminder that everyone will eventually die. The event serves as an inspiration for attendees to lead discreet and wise lives.

In Buddhist societies all around Asia, including those in Thailand, China, Tibet, and Japan, death-like rituals are frequently performed to ward off bad luck.

However, there are regional variations in the customs.

Instead of utilizing a coffin, certain Thai-Chinese groups will dig a grave and fill it with the deceased person’s possessions in order to purge their bad luck. Chinese Buddhists also think that by participating in this rite, the participant’s life is extended. 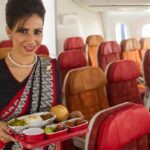 The debut of premium economy by Air India