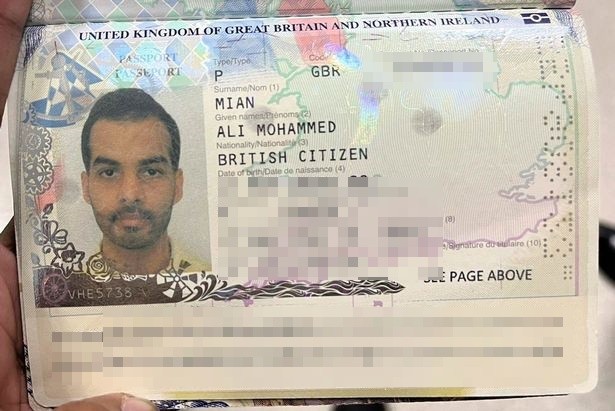 A British man on his honeymoon has died after ignoring red warning flags to go swimming in rough sea.

Ali Mohammed Mian, 34, was only two days into his trip of a lifetime when he dangerously went for a dip on the island of Phuket, southern Thailand, on Tuesday (July 12).

He and his wife were staying at the five star Katathani Phuket Beach Resort when he braved nearby choppy waters at Kata Noi Beach, despite signs advising against it.

The monsoon rainy season made conditions even more dangerous and Ali along with Thai man Surasit Phonglaohaphan, 55, were swept out to see by a strong current.

Lifeguards pulled both men back onto the sand and performed CPR before paramedics rushed them in an ambulance to the Chalong Hospital.

Tragically, Ali from London, and Surasit, who are not believed to have been holidaying together, were pronounced dead shortly after they arrived at hospital.

Lieutenant Colonel Kittipong Nupheng from the Karon district police station said officers had informed the British Embassy who are now in contact with Ali’s family following the drowning in the Andaman Sea.

The policeman said: “Our station received notification at 5pm from rescue volunteers that lifeguards had rescued two drowning tourists from the sea.

“Both of them were unconscious so CPR was performed. One of them had signs of a pulse. Both were taken to the Chalong Hospital but later died.

“We were informed that there was a red warning flag on the beach that the tourists had ignored to go swimming in the sea.

“They disobeyed the red flag and were swept away by the waves.”

An Foreign, Commonwealth and Development Office spokesperson said: “We are supporting the family of a British national who has died in Thailand.”

Elsewhere in Phuket at the Kata Beach, two other tourists had to be rescued after they were dragged away by the strong currents. The couple, both in the mid-30s, survived and were taken to hospital.

Earlier this week, two backpackers drowned after ignoring red warning flags to swim in the sea on the island of Koh Chang island in Trat province.

Anna Carreras, 21, from Spain, and Rahul Ramkurrun, 22, from France, had allegedly stayed up all night partying with other young holidaymakers before going to the beach and swimming shortly before sunrise. Both drowned in the treacherous conditions.

Thailand is currently in the middle of its annual rainy season, which brings regular tropical monsoon downpours and strong winds. The currents in the Andaman Sea are also much stronger. 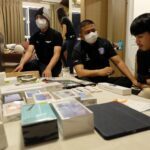 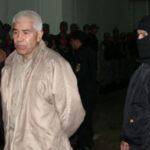