Thai Baht Is Brought Back to Earth…

HIV/AIDS is still a BIG DANGER in Thailand:

Thailand remains a favorite destination for sex tourists regardless of the high risk of HIV/AIDS.

Thai nationals are often careless about the risks of infection as many simply believe it ‘can’t happen to them.’

Thai culture encourages young people not to have any sexual experience before they are married.

As in most societies Thai men believe they should be sowing their wild oats whislt their women are expected to be virgins when they marry.

Equal rights for men and women?

The Thai constitution guarantees men and women equal rights. Still, many of the country’s laws contradict the 1997 constitutional amendment, said Virada Somswadi, who teaches social sciences at the University of Chiang Mai. Equality in everyday life does not exist, she said.

‘Her whole life, the Thai woman has to fight her way in a blatantly patriarchal macho system,’ said Somswadi, who has been fighting for women’s rights for more than 20 years. ‘It’s a system that denies her the same rights as the men.‘

The first official AIDS-related illness was recorded in Thailand in 1984. In reality, the virus was already widespread in the country by then.

But the government’s condom promotion was only a short-term solution to try to reduce infection rates.

They failed to back it up with programs that would properly educate men on the dangers of unprotected sexual promiscuity and, therefore, failed to convince Thai men to change their sexual lifestyles.

Although there has been some decline in reported cases of HIV/AIDS in Thailand, this is more likely to be statistical manipulation than it is an improvement.

In fact the epidemic has moved to the general population and there is a greater need to match prevention efforts throughout the country than ever before.

Despite the efforts going into education and anti-HIV strategies, it is estimated condom use remains very low.

Recently the Department of Disease Control (DDC) estimated that 60% of sexually active teenagers and over 50% of the countries sex-workers still do not regularly use condoms.

A 2011 report from the Joint United Nations Programme on HIV/AIDS (UNAIDS) identified Thailand among the eleven countries in the Asia-Pacific with a majority of the world’s HIV-infected people.

There were 6,400 new HIV infections in Thailand in 2016. Most will have occurred through unprotected sex, which is estimated to account for 90% of all new HIV infections. Unsafe injecting drug use is the second biggest transmission route.

Increased access to prevention services has resulted in new infections decreasing among some groups, however they are rising among others. 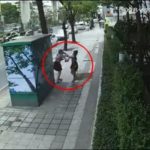 Concern as the mentally ill roam the streets of Thailand

Mark KellyJanuary 27, 2020
The American Embassy has begun preparing for the 2020 edition of the Cobra Gold military...
END_OF_DOCUMENT_TOKEN_TO_BE_REPLACED

Update: Kobe Bryant among those killed in California helicopter crash