Formula One is very much defined by its superstar drivers. Hamilton. Schumacher. Senna. These names loom large over entire eras of F1 racing. But while it’s the drivers that get the adulation, the legacies, and the lucrative watch endorsement deals, above all that Formula One is still a team sport.

F1 2020 is without doubt the most superb interpretation of that yet, bringing a satisfyingly deep management angle to the most feature-filled Formula One game I can remember.

Formula One really is much, much more than just driver versus driver. It’s organisation versus organisation in a checkbook-shattering technological arms race, and F1 2020’s fantastic new My Team mode is a wonderful and addictive representation of this war over precious milliseconds.

My Team stands apart from past F1 career modes by casting players as not just a driver, but as a team owner, too. Where previously we’ve needed to choose and join an existing team as a driver-for-hire, and hop between them as the opportunities arise, F1 2020 allows players to follow in the footsteps of greats like Sir Jack Brabham and Bruce McLaren and build their own personal race teams around them – all while still taking to the track every weekend.

While past F1 career modes have allowed us to control car upgrade R&D on behalf of our employers, giving drivers at least some influence on what happens off the circuit, My Team massively eclipses this. You need to build a brand new team from the ground up, effectively becoming the 11th team within the F1 championship.

That means choosing team colours, assembling a logo, signing a power unit, securing sponsors, honing a livery and matching race suits, contracting a second driver, and watching your finances as you attempt to grow your organisation into an outfit that can challenge the established powerhouses.

My Team adds a huge amount of longevity to F1 2020

My Team adds a huge amount of longevity to F1 2020. I’ve never hit the 10-year mark in previous F1 games, but I could here. And it’s not just because there are visible things to spend vast sums of your sponsorship bucks on – like upgrades to various parts of your business, including bigger and better simulators and fancy wind tunnels for your aero boffins. And it’s not just because the finite number of days in the F1 calendar means it’s a constant juggling act to schedule everything from training for your second driver to team building activities for your various R&D departments. It’s because the sense of ownership over the destiny of my race team is something unique to F1 2020. Previous F1 career modes simply haven’t been able to produce the same emotional connection. When my first driver refused to re-sign after our debut season – after all the time I dedicated to boosting his stats via training – I was pretty bent out of shape. How dare he? After everything Jack Speedweasel Racing did for him! Seeing him finish last in the first round after leaving my team was surprisingly satisfying.

Yes, the livery selection scope is ultimately pretty narrow. Yes, it’s a bit silly that showing any kind of specific attention to one department makes the rest of your staff grumpy, like they’re a bunch of five-year-olds who missed out on a cookie. Yes, some of the recycled cutscenes clash a bit with the fantasy of you being the boss now. But, minor grievances aside, mixing a robust motorsports management experience with the series’ existing brand of excellent on-track action means My Team isn’t just the best thing Codemasters has ever added to its F1 franchise – it may be the best addition to any F1 game since Psygnosis coaxed Murray Walker into a sound booth back in the late ’90s.

If additional team micromanagement isn’t your bag, or you just bleed Ferrari red and could never imagine racing against them, My Team hasn’t replaced the traditional Career Mode; it still exists as a separate mode. Like last year you can start with a small F2 appetiser, though you can also complete a full season of it this time, if you wish. Failing that, there’s still the regular Championship mode, where you play as a real driver in a fantasy version of the 2020 season. You know, the one that was going to start in Australia instead of Austria. Zandvoort and Hanoi make their debut and, while the latter is a little plain to look at from track level, a pair of long straights and some gently snaking S-sections that you can basically straight line through contribute to a pretty wicked sense of speed. There is no shortage of content in F1 2020.

Perhaps best of all, however, is the return of split-screen. And yes, it seems a little silly to celebrate something we had back in 1996, but I’ve had a hoot playing F1 2020’s splitscreen with my kids. You can choose any driver and car you want but we’ve had fun turning the splitscreen into a bit of couch co-op by racing on the same team and striving for 1-2 finishes. I did glance down at one point to find the AI struggling to extract themselves from a monster wreck at Monza my son found himself caught in, but he was howling with laughter at the time, so well played, Codemasters. After all, anything can happen in Formula One, and it usually does.

[I]t seems a little silly to celebrate something we had back in 1996, but I’ve had a hoot playing F1 2020’s splitscreen

The inability to mix the excellent, standard simulation handling with the new, more forgiving casual driving model in splitscreen means adept F1 players will probably need to crank it down to casual to share the track with the very young or inexperienced, but it’s a little sacrifice for a lot of fun.

The casual driving model provides a helpful friction assist for off-track excursions and an automatic respawn feature for F1 newbies, but F1 2020 caters for the other end of the spectrum too, with improved grip on corner exits thanks to some massaging of the tyre model, and a more realistic ERS deployment mechanic. The main function is now mapped to a single, more authentic ‘Overtake’ button. There are also neat, nerdy touches like the ability to fiddle with the HUD and fully customise what you want on screen.

F1 2020 is simultaneously the deepest yet most accessible Codemasters Formula One experience to date. The heavy reliance on recycled vignettes and the same old faces we’ve been seeing for virtually an entire generation admittedly means F1 2020 doesn’t necessarily look as fresh as it feels but, between My Team and splitscreen, this is the most fun I’ve had with the F1 series for years. 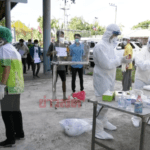