The British and Japanese prime leaders met in London on Wednesday, where they inked a new defense agreement that Downing Street called “hugely significant” and permitted the deployment of UK troops in Japan (Jan 11).

The agreement was signed at the Tower of London by Rishi Sunak and Fumio Kishida, and the British prime minister told his guest that “the partnership between our two countries is stronger than ever, not just across commerce and security but also our ideals.”

The deal is the most recent indication of the UK’s rising interest in the Asia-Pacific area and Tokyo’s efforts to fortify its alliances in order to counter China’s challenges.

The agreement establishes a legal foundation for the stationing of British and Japanese troops for training and other purposes on each other’s soil.

The most major defense pact between the two countries in more than a century, according to Sunak’s administration.

“This Reciprocal Access Agreement is enormously significant for both our nations – it underscores our combined efforts to strengthen economic security and cements our commitment to the Indo-Pacific,” he said.

The agreement’s negotiations started in 2021 when Boris Johnson visited Japan but did not have any party!!

Japan and Australia agreed to a similar agreement in January, and Tokyo recently revised its defense and security strategy in response to mounting pressure from China.

The agreement was deemed to be “quite a big step up for both countries in terms of their bilateral defense partnership” by Euan Graham, a senior scholar at the International Institute for Strategic Studies.

Although it is possible for British ships and aircraft to travel to Japan and vice versa, the procedure is “diplomatically difficult” and needs to be approved by the foreign ministry each time.

Instead, the new accord will establish a “standing framework”.

Because of this, Graham said AFP, it will be simpler to “bring a destroyer to visit Yokosuka, or to bring in an army group, or to send in some Royal Marines who wish to train with the Japanese amphibious forces.”

Because of its pacifist post-war constitution, Japan can only use its military for what are nominally defensive purposes.

However, the government approved plans to increase defense expenditure to 2% of GDP by 2027, up from the customary 1% level, and issued a warning that China represents the “biggest strategic danger ever” to its security.

With Sunak stating in November that Beijing poses a “systemic challenge” to UK principles and interests, Britain has also become more assertive in its dealings with China.

Last month, it was announced that the UK, Italy, and Japan will work together to create a new fighter plane.

The three countries’ expensive ongoing research on new aerial warfare equipment, from stealth capability to high-tech sensors, will be combined into the new “Global Combat Air Programme,” which is expected to produce its first jets by 2035.

Last year, a British patrol ship participated in “Exercise Keen Sword,” a routine Pacific training exercise conducted by the Japanese and US navies, for the first time.

In order to hold security-related discussions, Kishida is touring the G7 allies. On Friday, he will meet with US President Joe Biden.

He and Emmanuel Macron made a commitment to forging closer connections during their meeting in Paris, with the French leader committing to uphold “joint operations in the Pacific” and France’s “unfailing support” against North Korean aggression.

This year, Japan is holding the G7 presidency, and Kishida has stated that the group will continue to help Ukraine, which is believed to have been on the subject of his discussions with Sunak.

The two would also talk about trade, particularly the UK’s potential membership in the Comprehensive and Progressive Agreement for Trans-Pacific Partnership, according to Sunak (CPTPP).

The alliance, which was signed by 11 Asia-Pacific nations in 2018, is the largest free-trade agreement in the area. 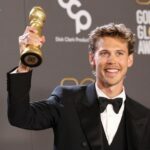 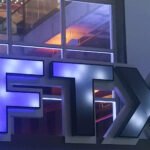