Home » Driver survives, jumping from his motorbike before falling into construction pit in Pattaya 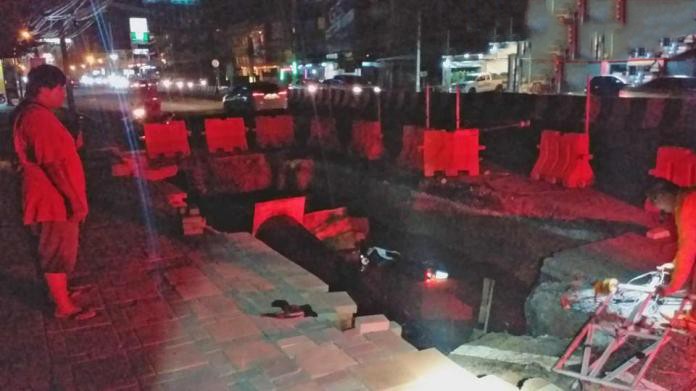 A young driver has survived after jumping from his motorbike just before it fell into a construction pit in Pattaya last night.

Emergency responders were notified of the accident at 9:00 PM last night on Sukhumvit Road near the Nongprue Intersection.

Emergency responders and The Pattaya News arrived at the scene to find a 10 meter wide pit filled with water. His motorbike was found in the pit.

He told The Pattaya News that he felt that the pit was not clearly marked and the area was dark. He was unable to see it. Luckily he jumped off his motorbike just before it fell into the pit. Police stated he was not under the influence of drugs or alcohol and cooperative. 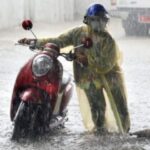 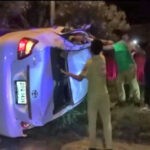 Driver survives after his sedan flips in Chonburi