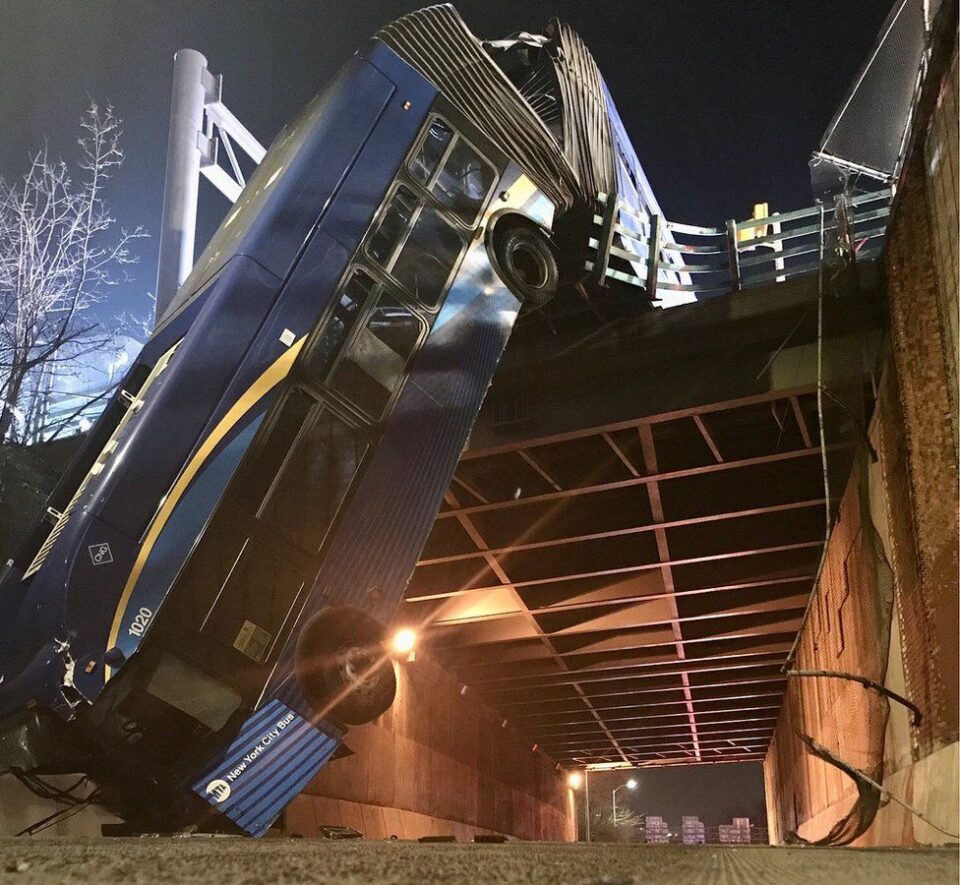 At least eight people have been injured in New York City after a bus plunged from an overpass on to a road below.

New York City Fire Department tweeted an image of the articulated bus dangling from the overpass in the Bronx district on Thursday evening.

The rear section was still on the overpass while the nose of the front section was on the access road below.

The bus driver was among those injured, officials said, and is reported to be in a serious condition.

The cause of the accident is not clear.

“We assessed and treated a total of eight patients from this accident,” fire service deputy chief Paul Hopper said.

“The bus fell approximately 50ft (15m) on to the access road. The patients suffered injuries consistent with a fall from such a great height.”

New York City councillor Mark Levine tweeted that emergency services had closed off the entire area after the “horrible accident”. 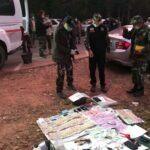 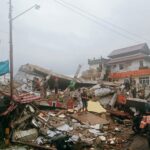