Top officials say that there are still more hidden assets belonging to fugitive Yingluck Shinawatra and have ordered the finance ministry to find them.

The Finance Ministry will continue to locate the remaining hidden properties of former prime minister Yingluck Shinawatra and submit its findings to the Legal Execution Department to carry out the seizure.

Finance permanent secretary Somchai Sujjapongse said Wednesday (Sept 27) that the ministry had recently submitted its updated report about Ms Yingluck’s assets to the LED, but he declined to give the details.

Ms Yingluck was ordered by an ad hoc panel to pay the state 35 billion baht in compensation for the loss from the rice pledging scheme.

Earlier, the Finance Ministry was at odds with the LED about who should undertake the investigation job to locate the assets of the former prime minister.

Citing the case of the seizure of 46 billion baht worth of assets from former prime minister Thaksin Shinawatra and Khunying Potchamarn, his ex-wife, over the telecommunication concession scandal, the Finance Ministry demanded the LED to do the investigative job and to seize the assets, but this was opposed to by LED.

The dispute was raised with Deputy Prime Minister Wisanu Krea-ngarm who ruled that the Finance Ministry should do the investigative job in cooperation with such agencies as the NACC, Land Department and financial institutions.

Their findings will then be submitted to the LED for execution. 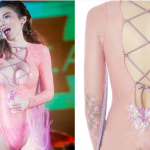 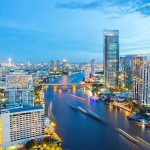 Bangkok still the world’s top travel destination, according to MasterCard