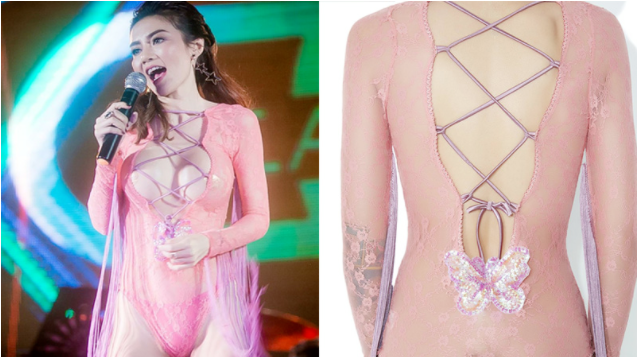 A Thai singer known for, erm, leaving little to the imagination has come under fire again after “accidentally” wearing a dress the wrong way around, exposing way more than what most Thai’s see appropriate.

The sexy star posted a statement on Instagram after several local media outlets published photos of her ultra sexy bodysuit that leaves nothing to the imagination.

“Silly me. The bodysuit that I wore that night was put on backwards. I just found out after all the comments about my costume and my show,” she wrote on Instagram yesterday.

The sexy show was held at Capsule Pub in southern Yala province on Sunday, where Cherry sang a few songs.

“The show was held in a nightclub, and I put the 20+ rating on every clip that I uploaded. The youth should not look at me as their example. Sexy performances require a sexy costume. I just perform. I’m not selling anything here,” Cherry said, implying that she’s not a prostitute.