The five suspects were identified as Ashita Mongkolcharoen, 19, the administrator of the Dunlo Samut Prakan page, and four alleged accomplices – Warut Uammalee, 24, Jitkorn Somkrabuan, 20, Chai (not real name), 18, and Raj (not real name), 17.

Surachet said the page, which has 8,437 followers, has been used to encourage road racing among youngsters in Samut Prakan and neighbouring Bangkok. 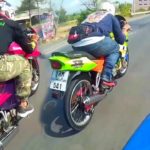 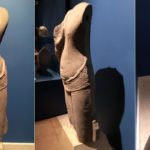