Bangkok Condo: A woman was killed when she plunged from her 31st floor apartment in a Bangkok condominium building on Thursday morning in what is believed to be a suicide, police said.

The woman fell to the ground beside a swimming pool on the ninth floor of the building near the Sathu Pradit pier in Bang Phong Phang sub-district of Yannawa district.

Police learned that the woman, who was about 24 years old, lived alone and was suffering from leukemia and was depressed.

The door to the woman’s room had been locked form the inside and there was no sign of a disturbance. Police found evidence that the woman climbed out of the apartment’s window. 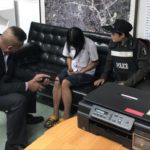