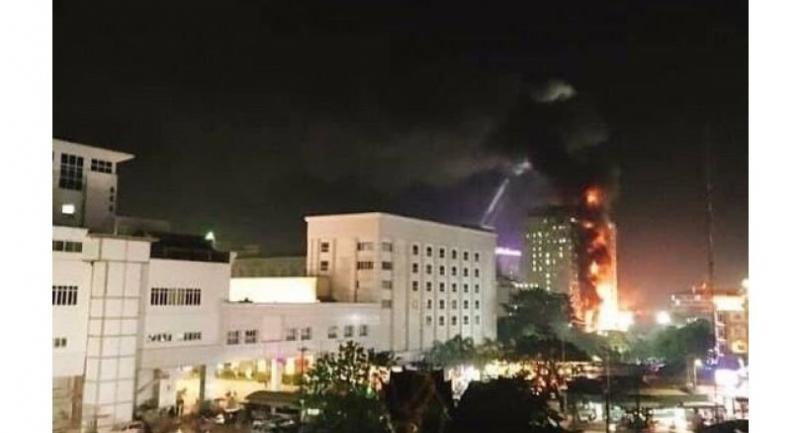 At least 10 people, mostly Chinese, were wounded during a big fire at an 18floor casino building in the bordertown of Poipet in Cambodia’s Banteay Meanchay province late on Monday night.

Initial reports said the fire was probably caused by an electrical shortcircuit in an elevator on the fifth floor of Genting Casino at about 11pm.

The fire then spread up through the elevator’s shaft, with the flames spreading throughout the floors and causing a massive blaze that could be seen from far away.

The town is adjacent to Aranyaprathet district in Thailand’s Sa Kaew province. Poipet town is infamous for its casino, with most gamblers and visitors coming from Thailand.

Rescuers had to break the glass at the front of the building to evacuate people as thick smoke engulfed the stairways.

The bid to snuff the flames was achieved shortly after midnight, but smoke could still be seen.

An initial investigation showed that the casino is run by a Chinese firm.