A British nurse has become the first person to be convicted under new modern slavery laws, after being found guilty of trafficking five Nigerian women to Germany to work as prostitutes.

Josephine Iyamu was prosecuted under the Modern Slavery Act involving victims who have no connection to the UK but have been victimised by a British national.

Jurors were told the 51-year-old Liberia-born British citizen forced the women to swear oaths to hand over money to her during “juju” ceremonies. These included forcing women to eat chicken hearts, drink blood containing worms, and have powder rubbed into cuts, the court heard.

Iyamu, formerly of Bermondsey in London, then arranged for the women to be trafficked across the Mediterranean, with one being told to pay a “bill” of €37,000 (£32,700).

She was convicted at Birmingham crown court of five counts of arranging or facilitating travel for sexual exploitation.

Prosecutors said the Voodoo rituals gave Iyamu crushing psychological control over the women, who were too afraid to challenge her or to fail to pay her back tens of thousands of euros she charged them to be trafficked into Germany.

The National Crime Agency (NCA) said Iyamu forced victims to take oaths that bound their loyalty to her on pain of death.

Iyamu, who was made a British citizen in 2009 and worked as an NHS agency nurse, declared a modest income of around £14,500 in 2016-17. But inquiries after Iyamu’s arrest in 2017 found she was able to spend thousands on international air travel and to afford a large home in Benin City in Nigeria.

Opening the case at the start of the trial, the prosecutor Simon Davis told jurors: “Josephine Iyamu had a network of people who assisted her with trafficking the women from Nigeria overland to Libya – across the Mediterranean Sea to Italy and from Italy up and into Germany.

“She was there on the mobile phone along the way but her real role was at the end of their journey, when it came to getting money from the women and making a profit out of their exploitation. The debts incurred by the women were enforced through fear.”

Andy Young, from the Crown Prosecution Service, said: “Josephine Iyamu exploited five vulnerable women by promising them a better life in Europe. Instead she treated the women like property.”

The NCA’s operations manager, Kay Mellor, said: “Josephine Iyamu is a calculating individual who used her apparent status as a rich, powerful and influential lady to intimidate and manipulate vulnerable Nigerian women.

“I commend the bravery of the five women who came forward and recounted the abuse they suffered. Thanks to them, Iyamu will no longer pose a threat to others.”

Iyamu is due to be sentenced on 4 July. 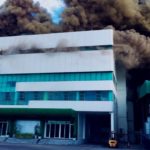