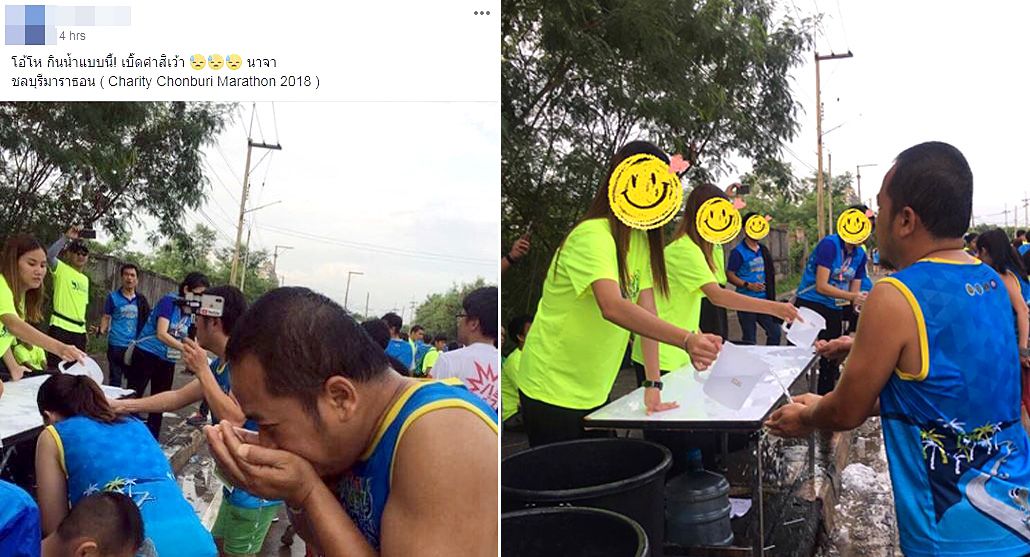 Hospital Chief: The Burapha University Hospital director Dr Suriya Prongnamjai on Monday apologised for failing to provide sufficient bottles of drinking water to runners in a charity marathon in Chon Buri on Sunday.

Suriya admitted that organisers had made a mistake. He said the event was overwhelmed by the unexpectedly large turnout of kind-hearted runners, he said, and did not have enough bottles of water to hand out.

The incident would be studied in search of a solution to prevent it from happening again, Suriya said. The Charity Chon Buri Marathon 2018 was to raise funds to buy medical supplies and equipment for the hospital, whose service covers nine eastern provinces.

Photos posted to social media showed dehydrated runners resorting to using the palms of their hands as makeshift cups as staff members poured water from jugs.

The posts drew much criticism centred on the lack of preparation and good management by event organisers.